What shape is a molecule? 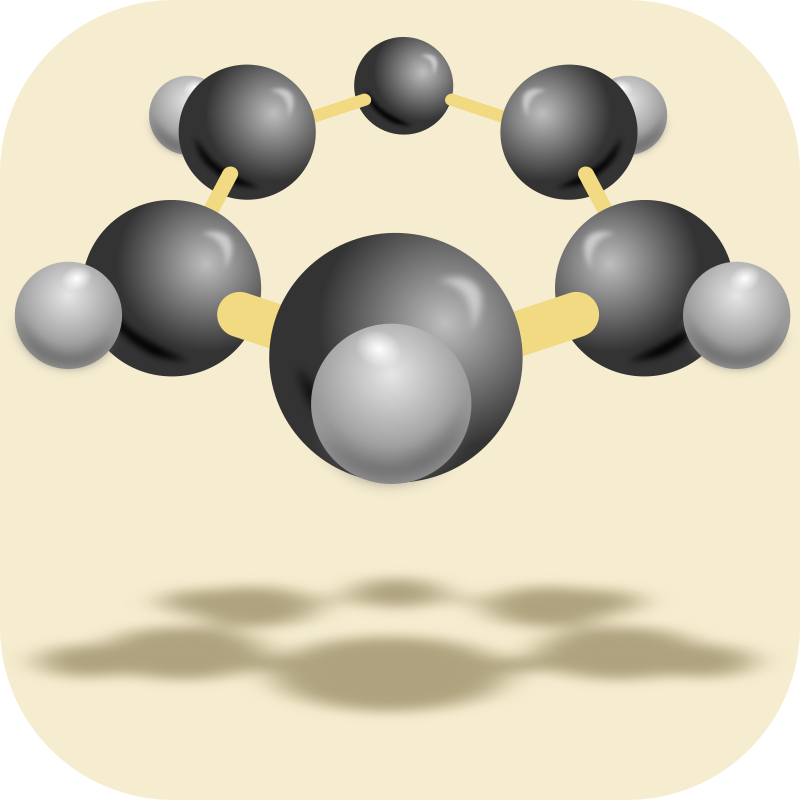 It’s been a whole week since the first daft question – how many atoms are in my cup of tea? It’s a daft question because we quickly saw the number get ridiculously large! This week’s question is another bit of chemistry. What shape is a molecule? We’ve seen a lot of different molecules in Marcus’ Molecule of the Month posts so surely we can answer this question by now. Don’t worry – we’re not going to get too deep in theory or talk about hybridisation or orbitals. In this post we’ll be pretending atoms are LEGO and we’re seeing what shapes we can put them together into!

So if we treat atoms as parts in a construction kit, we can put them together in all sorts of shapes.

It turns out that changing the shape of molecules really changes how they behave! Marcus wrote about how computers are used to guess at what shape molecules are likely to be. This helps laboratory workers work out which molecules to try and synthesise to make new discoveries.

Understanding shape is really important to the field of chemistry!

What shapes can we make with molecules?

The longest linear molecule I can think of has four atoms – acetylene (H-C=C-H). Acetylene is used in blowtorches because it reacts with oxygen to make another linear molecule carbon dioxide really easily!

These linear molecules are limited to really small things. We’ve only got to 4 atoms! But what’s the very teeniest tiniest molecule possible?

I might start a Chemistry Bun(sen) Fight here but I’d say Hydrogen (H2). You could argue that the noble gases with just one atom are also molecules since they’re stable and that’s how Helium floats about for example – just He on its own! But hydrogen is way more fun! Helium just floats. Hydrogen floats and burns. Since it is the lightest possible molecule and it also burns it’s an immensely useful fuel.

We just said that molecules with three atoms – triatomics – don’t always form straight line-shaped molecules. Let’s have a look at two of them! Two important molecules to Earth have a bent linear shape – water and ozone. We’ve talked all about ozone before and there are plenty of experiments that use water.

There aren’t too many of these!

The molecule on the left is cyclopropane and the one on the right is ethylene oxide. Squeezing these molecules into these triangular shapes puts a lot of strain on them. These rings want to pop open! Cyclopropane is far more reactive than just regular propane that is more of a banana shape than this triangular ring. Putting an oxygen atom into a triangle ring like the molecule on the right makes an epoxide. Epoxides are really reactive and that makes them great for glues because they’ll react with and stick to almost anything.

If you want a nice stable structure in a molecule don’t pick a triangle.

We’ve seen a pyramid shape molecule before too: white phosphorus – the molecule too explosive to be used for matches or… well… anything really!

If you want to be a chemist you’re going to need to be able to draw a hexagon. There are a lot of hexagonal molecules out there.

A really famous hexagonal molecule is called benzene and it pops up in school chemistry. Scientists couldn’t work out what shape this benzene molecule actually was until Kekulé came along!

If you want a small cube then look no further than the 1964 invention of cubane. It’s appropriately named, isn’t it?

This structure puts an awful lot of strain on all those poor carbons so there is energy to be released if they can just pop open! That would make the molecule really explosive but there are sometimes tricks and unusual things going on in chemistry – this is one of those times. You might expect this molecule to explode easily but it doesn’t!

It has energy to release which means that according to thermodynamics it “wants” to explode. However, there isn’t an easy way for oxygen in the air to attack the cube and start to break it down and cause that explosion so it can sit there without exploding. This is described as being kinetically stable. Battles between kinetics and thermodynamics make up a huge chunk of chemistry.

If you want a giant cube then we might need to step away briefly from molecules. Table salt – sodium chloride – is an ionic solid rather than a single molecule. It forms beautiful and giant cube shaped structures and you can easily recreate this at home! Dissolve as much salt as you possibly can in boiling water – ask a responsible adult for help – and then pour that water out into a wide dish. Let that water cool down and you’ll see salt start to crystallise out into flakes of salt again but this time they’ll be nice squares and cubes!

Spheres have popped up while trying to work out how to build a city floating in the clouds of Venus. These amazing spherical molecules are called Bucky Balls or Buckminsterfullerene. Notice that the shapes in the ball are pentagons and hexagons next to each other!

There are some fantastic shapes that molecules have been bent and trained into. Look up penguinone for an example! At risk of this post getting huge I’m going to stop where we’ve got to now but if you’d like to hear about more shapes get in touch and we’ll write about the platonic hydrocarbons, windowpanes, curiously named ring structures giant covalent structures and all sorts of other molecules too!

So what shape is a molecule?

Hopefully by now you can see that ‘what shape is a molecule?’ is a very daft question. It doesn’t really made sense! We can put atoms together in so many different ways that really we can make molecules into whatever shape we like. Often, nature has beaten us to it and made even more impressive shapes with molecules too.