How do LEDs work? 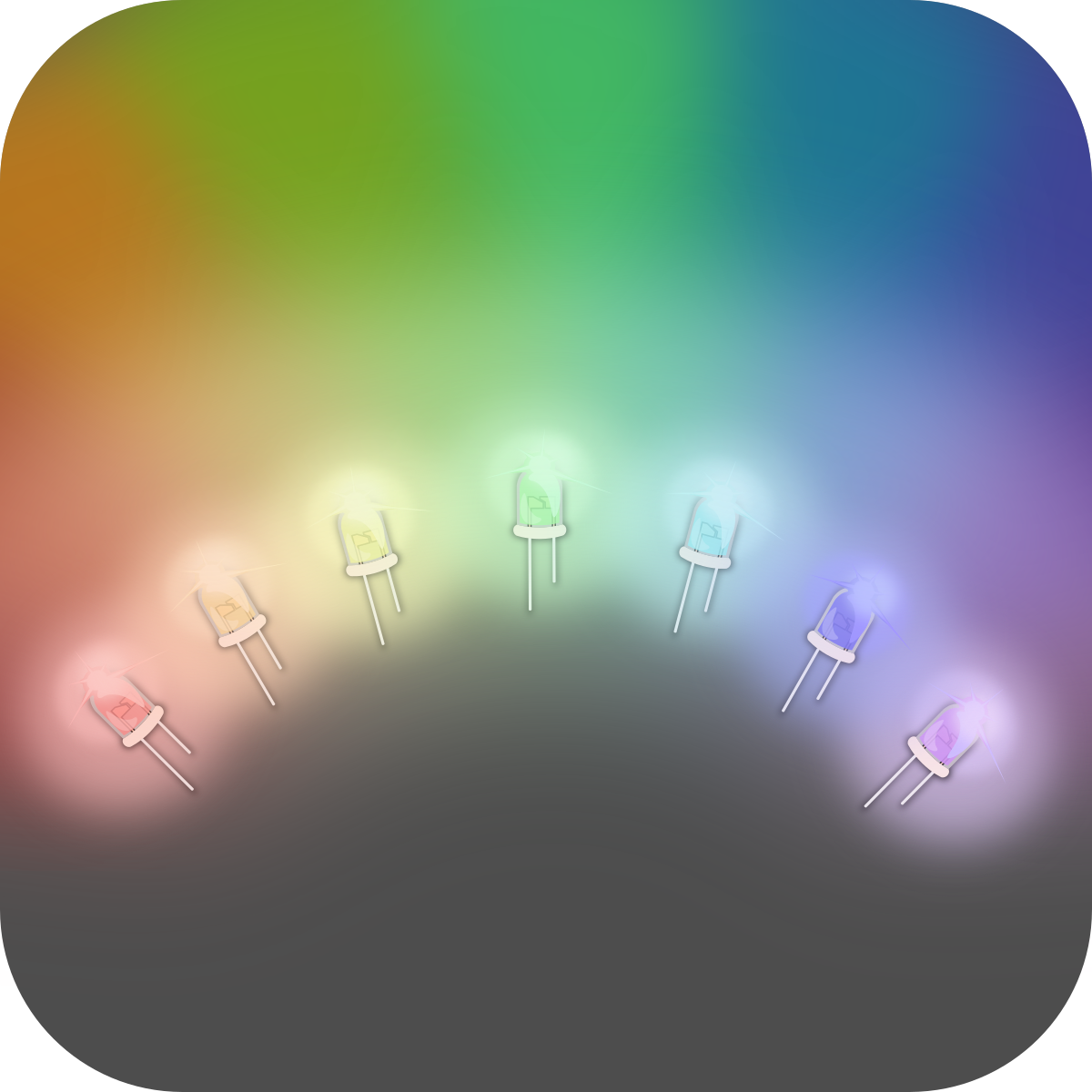 Christmas is the time for lights and decorations! You can’t go anywhere without seeing some beautiful glowing lights in a tree or lighting up a house. A long time ago those lights were probably made with conventional lightbulbs getting hot and really bumping up the electricity bill. Modern bulbs are more likely to be LEDs – which are far more efficient and come in far more colours! So let’s find out – how do LEDs work?

I wasn’t joking when I said that you can’t move at Christmas time for fairy lights. Then again, it might just be my house that’s filled with them. Did you see my Global Science Show video about snowflakes? There were a lot of fairy lights there!

The sets of LEDs in the fairy lights in that Global Science Show video are 10 metres long and have hundreds of tiny LED bulbs in each set. Surely hundreds of bulbs takes lots of power, though?

Picture of plug and range of batteries

Each set is powered off 3 AA batteries – so that’s just 4.5 V! Compare that to the 230 V that comes straight out of your plugs. This is the massive advantage of LEDs over conventional lightbulbs – we can power LEDs with far less electricity and save lots of money and carbon emissions too.

LEDs are far more efficient than other types of bulbs. That’s why there’s a big push to switch. The power that a bulb takes to light up is usually written on the box when you buy them. For most rooms you’ll need a 60 W incandescant bulb. That’s the old type. For an LED? Only 10 W. * That means you need 6 times less power to light your room and that’s good for the environment and for your pocket too!

Why does the way LEDs work take so much less power to give out the same light then?

Coventional bulbs have a big glass sphere with a very thin piece of metal – called the filament – inside. The filament is suspended on springs. When you turn the power on the electricity flows through the bulb and through the filament. Compared with a normal wire, the filament is incredibly thin. This filament is often made with tungsten, as we say during our Periodic Table adventures.

What happens is like what happens when lots of people walk down a corridor and then try to squeeze through a doorway at the end. A traffic jam builds up, doesn’t it? The doorway is too small for everyone to fit through easily.

The same thing happens with current (how much electricity is flowing around your circuit). If the wire is thin it resists the flow of current. What happens is that all the current flowing through the filament, being resisted the whole way, creates heat.

The filament gets hotter and hotter and hotter… and what do we know about really hot metal? It glows! If you’ve ever seen a blacksmith in a movie or on TV you’ll have seen them with glowing metal or perhaps you’ve heard the phrase “red-hot”? That’s where it comes from. Hot metal.

90% of the energy you put into a bulb with a filament goes to warming up the metal. You don’t need to be an expert to know that if only 10% of the energy you’re putting into something is doing what you want it to, you’ve got a problem!

All this heat creates problems too – the bulbs don’t last very long and can even cause enormous fires if they contact flammable material. That exact thing happened in a palace and caused millions of pounds of damage. Bulbs can definitely get too hot to touch. We want our lights to give us, well, light and not heat. There are definitely easier ways to get warm then standing near a light bulb.

Having a tiny thin piece of metal as the crucial part of your bulb also isn’t great if you drop or shake the things either!

The difference in energy between electrons in the negative material and in the positive holes is called the band gap. Choosing a material with a band gap that has the same energy as a wavelength of light means that you can push electrons across the diode to release that wavelength of light!

Add a bit of colour

The light that comes out of a conventional bulb is a broad mix of different wavelengths – and that means a mixture of different colours. That means we can’t have coloured lights very easily! What you have to do is block the light coming out of your bulb unless it is the colour you want. So we started with only 10% of the energy we put into the bulb and now we’re blocking even more of that because it’s the wrong colour? That’s not great!

LEDs don’t have that problem.

Remember that ‘band gap’ we mentioned before? The amount of energy that is emitted when the electrons jump across from one side of the diode to the other relates to a particular colour of light! If we want to change the colour of light we get out of an LED, we just change the material in the LED.

If you want to get really fancy, you can mix a few LEDs together and change the amount of power going to each one to get a complete rainbow.

What happens if you put a normal bulb in backwards though? Nothing – it lights up just the same.

When you put an LED in backwards though, you break the circuit! When this happens, the light doesn’t come on and we’re left in the dark.

Pushed Off a Cliff

The reason for that comes back to the band gap we mentioned earlier. We can push electrons off the cliff and as they fall, they emit light. But imagine if you went in the opposite direction – you’d be stood with your electron at the bottom of a cliff trying to throw the electron up and over that cliff face! It takes a lot more energy to chuck something up the cliff than push it off and let it fall.

That’s why turning the battery around stops the LED working – current is still trying to flow and you have a complete circuit – the electrons are just building up at the bottom of that cliff (the positive end of your diode) and don’t have enough umph to push them up and over that cliff to the other side of your diode! It’s just not how LEDs work.

Remember that when the electron gets pushed off the diode cliff it emits light as it falls? And that the height of that cliff relates to the energy of the light (the colour) it emits? Well… what if we turned this around?

If you shine light with the right energy at the diode you can actually excite electrons and they’ll fly up the diode cliff by themselves and start to flow the opposite way to what we’ve just described!

Look Out for LEDs!

Have yourself a very Merry Christmas but keep your eyes peeled for those LEDs in fairy lights and Christmas decorations. Or now you know how they work, how about LEDs powered by your Christmas Dinner!

*W here stands for Watts and is the unit of power. RETURN TO POST.

Boom AdventHow Does it Work?