Carbon Dioxide: A much maligned molecule 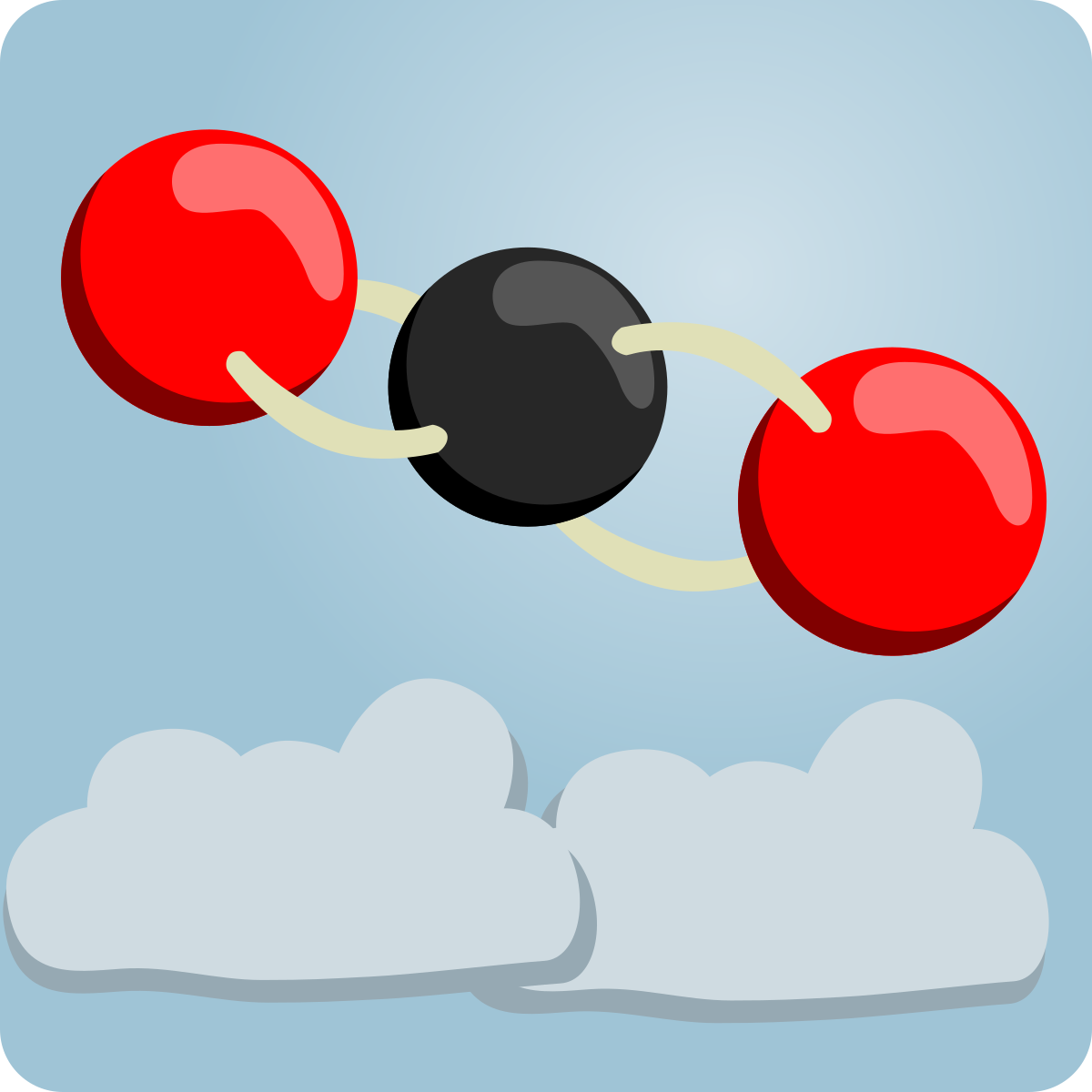 Carbon dioxide must be one of the most talked about molecules in recent years. You hear about it on the news or newspapers, or in blogs or social media online. Most of the time carbon dioxide is labelled as a bad, terrible molecule But what is carbon dioxide, and why is it such a problem?

Carbon dioxide is believed to have existed on Earth since it was formed 4.6 billion years ago. If you were able to go back to that time then the early atmosphere would have been mostly made of carbon dioxide. Back then the Earth was a very hot place, full of volcanoes and lava – toasty! It was these volcanoes that released huge amounts of carbon dioxide into the air.

Despite being around for millions of years, carbon dioxide was not discovered until 1640 by a scientist named Jan Baptiste van Helmont. It was when he was burning some charcoal that Van Helmont realised that some of the charcoal was being changed to a new substance he called a gas. This gas was actually carbon dioxide, but Van Helmont did not quite know this.

In 1754, a scientist named Joseph Black was heating a substance known as calcium carbonate. He noted that this process produced a gas. The gas was heavier than air and that fire would not burn in it. Black called this new gas “fixed air”, but it was really carbon dioxide.

Carbon dioxide is a small and simple molecule. It is made from two atoms of oxygen and an atom of carbon. As a result, carbon dioxide can be written in a much simpler way as CO2. The image below shows what a molecule of CO2 looks like. Unlike a molecule of a water, the atoms in carbon dioxide are all in a straight line. The scientific name for this is linear.

Carbon dioxide is normally found in the air as a colorless gas. It has no smell, although very high concentrations and said to smell and taste slightly acidic.

Like water, carbon dioxide can be frozen into something known as dry ice. Unlike water, dry ice does not melt into a liquid. It goes directly from a solid to a gas, a process known as sublimation. The only way to obtain carbon dioxide as a liquid is under high pressure, and so it is not commonly found.

Because dry ice changes directly from a solid to a gas, it can be used to create fog. The spooky fog you may see in theatres or shows may be dry ice changing from solid to gas! Dry ice can also be used to help keep items cold and preserve food.

Dry ice forms at the cool temperature of -78.5 ℃. It must be used carefully as skin contact can cause frostbite.

Carbon Dioxide is a vital molecule

Carbon dioxide is very important to all life on Earth. Many plants use carbon dioxide in a process called photosynthesis to produce their food. The process also releases oxygen gas, which is vital for all animals, including humans.

In humans and other animals, the opposite process occurs. Oxygen is used in a process called respiration that produces all our energy. However, this process produces carbon dioxide, which is released when you breathe out. It should be noted that plants also respire and so do also release carbon dioxide.

Carbon dioxide is also produced when substances containing carbon are burned. Fossil fuels such as natural gas, gasoline, diesel, coal and wood all produce carbon dioxide and water when burnt. Because the modern world burns a very large amount of these fuels, then lots of carbon dioxide is constantly being produced.

Turn up the heat

While some of this light escapes from the atmosphere, not all of it can. Gases in the atmosphere, known as greenhouse gases, can either absorb this light or reflect it back to Earth. Because of this, the air and the Earth are heated even more.

Carbon dioxide isn’t the only gas that changes how our atmosphere behaves. We have to keep the balance between all of them to keep our planet green and healthy! Another gas to think about is ozone and you can read about that in a previous molecule of the month post.

A small amount of greenhouse gas in our atmosphere is normal. In fact, they are very important for keeping the Earth warm. It is estimated that without greenhouse gases, the average surface temperature on Earth would be -18℃.

Too much can be a bad thing

However, an increase in the amount of greenhouse gases is also a problem. Too much and the temperature of the Earth will increase, causing a process known as global warming.

Unfortunately, global warming is not the only problem caused from the increase in carbon dioxide levels.

Many living things such as corals and shellfish are badly affected by oceans becoming more acidic.

Global warming and ocean acidification are two reasons why many countries are trying to reduce the amount of carbon dioxide they produce.

Even though carbon dioxide is a problem and often labeled as a bad molecule, it does have many uses.

While the carbon dioxide molecule is one of the chemicals produced by fire, CO2 can also be used to put out fires. There are some fires where water will not work or is too dangerous. For these fires, carbon dioxide can be used instead. It works by removing oxygen from the area around the fire. With no oxygen present, the fire cannot burn anymore.

From start to end?

Like water and oxygen, it is the small molecules that are so important to life on Earth. As a greenhouse gas, carbon dioxide has played an important role in warming the Earth and preventing it from being too cold to live on.

Despite this, the carbon dioxide molecule has many uses. It can be found in fun items such as dry ice or soft drinks. Cakes and bread would not rise without help from the carbon dioxide being produced. It can also keep us safe through its use in fire extinguishers.