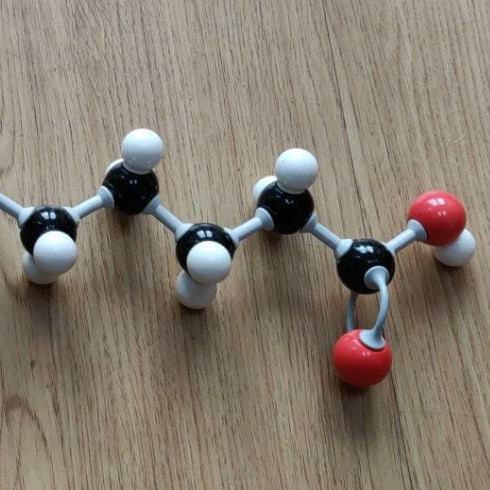 We’ve all heard a lot about ‘fat’. Whether it’s on TV, posters, or on the sides of food packaging. We talk about ‘fat’ in food all the time. Unfortunately, a lot of the food we eat these days is packed with extra oily molecules that can be considered fats. But chemically what makes a molecule fatty or oily? Let’s take a look at one of the most common fatty oily molecules that pops up in food – and is crucial to how our bodies work – palmitic acid.

We’re all going on a summer holiday

The season of summer is usually the season of holidays. A chance to visit new places, new countries and enjoy a relaxing week or two away. However, for very obvious reasons not many of us will be going abroad for our holidays. Even so, we can still pretend that we are going on holiday.

If I asked you to describe the ideal holiday, many of you would likely go for some tropical paradise. A place where the sun is always shining, the sky is always blue, and the sea is calm, warm and refreshing. In fact, what we have just described could easily be some tropical island.

Another common feature of a typical tropical island is the palm tree. It is from the palm tree that the name and discovery of this month’s molecule originates – palmitic acid.

Palmitic acid was first discovered in 1840, but has existed in most humans and animals for a long time.

We have already seen plenty of other carboxylic acids such as lactic acid and oxalic acid.

The word “saturated” means that all the bonds between carbon atoms are single bonds. There are no triple or double bonds. If any of the carbon atoms were connected by double or triple bonds, then the molecule would be “unsaturated”.

Palmitic acid has a chain of 15 carbon atoms, followed by a carboxylic acid group, -CO2H. This gives it the chemical formula C16H32O2. It’s more official name is hexadeconic acid, but this doesn’t quite sound as fun as palmitic acid.

Saturated fatty acids tend to be solids at room temperature, and this is true for palmitic acid. As a solid, this molecule exists as white crystals and does not turn into a liquid until temperatures of 63°C.

It is no surprise that palmitic acid can be found in palm oil. However, it can also be found in many meats and dairy products. A small percentage also occurs in olive oil.

Even though palmitic acid is a naturally occurring fatty acid in our bodies, too much of it is not good for us. Research suggests that eating lots of it over a long period increases the risk of heart problems. So like many things in life, moderation is important!

Away from food, palmitic acid is also used to make soap. It is also found in many cosmetics where it can help the skin to feel smooth. Palmitic acid and several closely related molecules are also found in beeswax.

Unfortunately, it has also been used in much more devastating ways. A combination of the aluminium acids of naphthenic acid and palmitic acid produces a thick gel known as napalm. Napalm is a very nasty substance that is used an explosive device to set fire to things. Its gel like composition helps it to stick to surfaces and burn.

A tropical paradise close to home?

A small amount of body fat is normal and actually important. Most of this fat starts life as palmitic acid, from which longer fatty acids can be produced. However, at least a fifth of this body fat is palmitic acid itself.

For many of us, the phrase “burning the fat” is about trying to remove excess body fat through exercise and healthy living. Unfortunately, this phrase also has a more devastating meaning when palmitic acid was used to produce napalm.

We may not have been able to go on a tropical holiday this year, but if you’re ideal holiday setting involves palm trees, then you only have to look inside yourself for a molecule very closely related!