Silane – Not a scam, but a silicon. 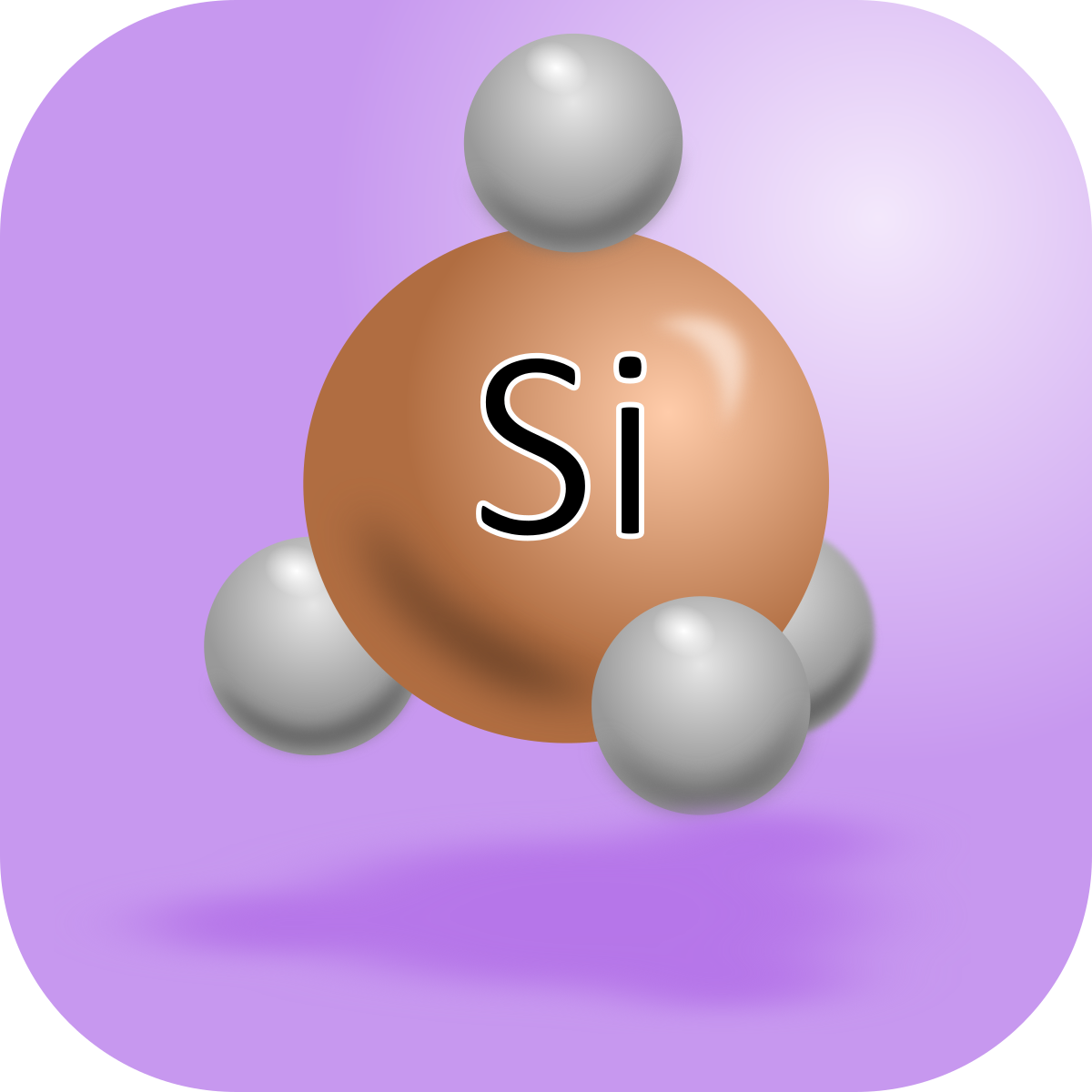 A lot of the molecules we encounter every day and have talked about in Molecule of the Month contain Carbon. There’s a whole section of chemistry – organic – that deals with molecules containing carbon, the rest of all the elements get left out! We’re going to have a look around the periodic table this month for an element close to carbon and see how the properties of molecules change as we take a tiny step down the periodic table. Let’s take the giant leap from carbon down to silicon and compare methane (CH4) to silane (SiH4)!

C What I Mean?

Carbon is an amazing element! Diamonds, those sparkly, super expensive gems, and graphite, the dull grey stuff found in pencils are both made from just carbon!

Nearly every type of living organism on Earth is carbon based. One of the amazing things about carbon is its ability to make four bonds. Because of this, carbon can make a massive amount of different molecules.

If we look at the periodic table of elements, we can see carbon (C) in the top-right, in-between nitrogen (N) and oxygen (O).

A Table for Four

We can learn a lot from the periodic table, including how many covalent bonds an element is likely to form. Fluorine, for example, usually only forms a single covalent bond. The elements below fluorine, chloride and bromine, typically only form single covalent bonds as well. This is because atoms generally want to have 8 electrons around them. If we ignore the light pink bit in the middle of the periodic table (that makes everything a bit weird and complicated) then to get from the left hand side to the column with chlorine and fluorine there are 7 steps – each one of these ‘steps’ adds an extra electron! So to get to the right hand side and have 8 electrons, fluorine, chlorine, bromine, iodine and asthatine need to gain one extra electron. They can do this by forming one bond.

Let’s look instead at Oxygen (O). That’s in the sixth column – so there are two steps left to get to 8 electrons. Sure enough, oxygen can form two bonds and be really happy. See the article about Ozone if you don’t believe us! How many bonds do you think carbon should form and be happy? We showed you a few options for arranging bonds around carbon back in January’s molecule of the month about the triangular molecule cyclopronane!

Each carbon in cyclopropane (or almost every other stable carbon-based molecule) has 4 bonds. Based on this, we would expect the element below carbon, silicon, to be able to form four bonds! And indeed it does!

So, how come life is mainly carbon based and not silicon based? Why are humans full of carbon containing molecules, whilst silicon is mainly found in computer chips and glass?

Photo by Laura Ockel on Unsplash

There are many reasons and arguments as to why carbon won over from silicon.

One main reason is the bonding between carbon and oxygen. The combustion of carbon produces carbon dioxide, a gas which can react more easily.

Silicon and oxygen bonds tend to be much stronger and form solids, which don’t easily react to form other molecules. The carbon-carbon is also stronger than the silicon-silicon bond. However, even though life is not silicon based, we can still form very similar molecules to carbon.

The simplest molecule containing both carbon and hydrogen is methane. A single atom of carbon bonded to four hydrogen atoms.

A similar molecule made from a single atom of silicon bonded to four hydrogen atoms also exists. This molecule is called silane. Like methane, silane is a colourless gas at room temperature. Despite having a similar structure, the properties of methane and silane have some big differences!

One of these things is not like the other

For one thing, methane is odourless, but silane has a rather horrible smell.

Methane is flammable, but usually will not combust unless ignited. Silane, on the other hand, will spontaneously combust when left in air. The fancy name for this is pyrophoric!

Silane is also relatively toxic, especially when exposed for long times. You certainly don’t want to get into your eyes either!

So, it seems like silane is not a very useful molecule. Who wants to use a molecule that can suddenly ignite in air and breaks apart at 420 °C? Actually, silane only has one major use – as a source for elemental silicon!

If you wanted to make silane there are several different ways.

The Route to Silane

One common method is to react a compound of magnesium and silicon, magnesium silicide, with hydrochloric acid.

Even though silane is often used to produce pure silicon, you can actually go in the other direction. Pure silicon will react with hydrogen chloride to produce hydrogen gas and a silicon containing compound. The compound is then converted into silane.

The End of Life as we Know It?

As far as we know, most life is carbon-based. Even though silicon has many similar chemical properties to carbon, there are many reasons why silicon-based life has not been found.

However, this does not mean that silicon based molecules similar to carbon cannot exist. Silane, an atom of silicon bonded to four hydrogen bonds, is similar to methane!

Despite their similarity, the physical and chemical properties of silane are very different to methane. In fact silane doesn’t have much to offer. It suddenly combusts in air, has a horrible smell and is only really used to produce elemental silicon.

For now, the closest silicon is going to get to life is in the computer chips of robots!