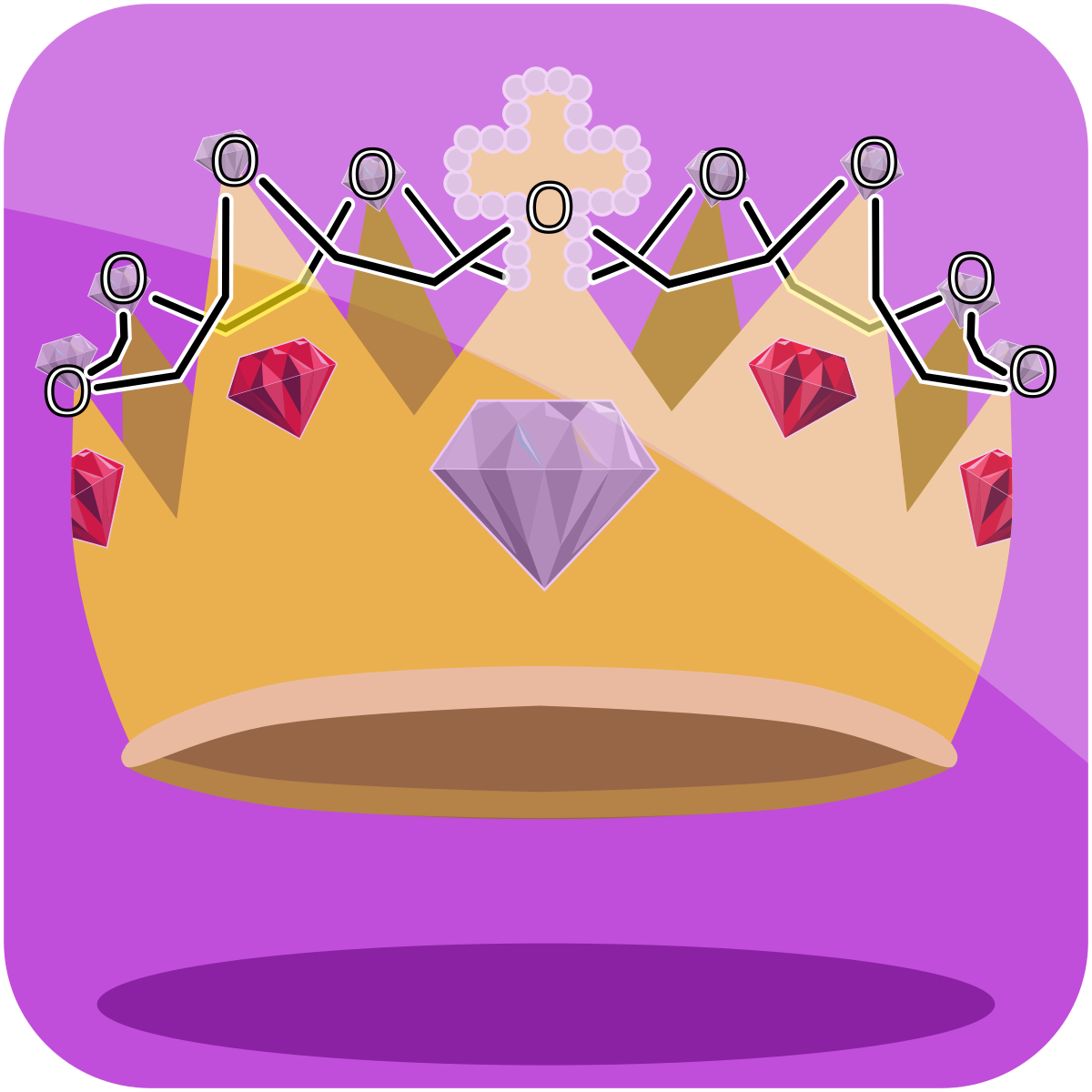 There’s only one thing in the news this month in the UK – the sad news that Queen Elizabeth II has passed away at the age of 96. If we were to pick a molecule to represent Her Majesty, what would it be? There’s a lot of ways to choose, so we’re going for a medley – a royale if you will! So what is a royal molecule? How can we pick? Is it the perfume they smell of? The jewels in the crown? The food they eat? The clothes they wear? We’ve got a few ideas for how to pick a royal molecule. Let’s dive in!

The Nobel prize in chemistry might help us choose a royal molecule.

When Elizabeth became queen in 1952 the Nobel prize was awarded to Martin and Synge for developments of a technique that almost all chemists use on a daily basis. A great technique, but not a molecule we can write about!

The coronation didn’t happen until the next year. The 1953 Nobel prize in chemistry was awarded to Staudinger (a name that many chemists will remember from their undergraduate lectures) for work on macromolecules – big molecules. One of the key breakthroughs Staudinger made was working out the structure of pyrethrin, a molecule that has ended up being really useful in insecticides. We discussed some insect-related molecules in our last molecule of the month post about octenol. Pyrethrin wouldn’t attract this mosquito though, it would make it stay away rather permanently…

Here’s the structure of pyrethrin:

Pyrethrin is the name for a group of very similar molecules as well as for two very specific molecules: pyrethrin I (shown above) and pyrethrin II.

The pure form of these molecules are yellow-brown liquids that do not dissolve much in water. They are also not very stable! Pyrethrins decompose in the presence of light, moisture, and even air!

Pyrethrin can be found in flowers called chrysanthemums. These flowers look like giant daisies and often have yellow centres with white or yellow petals. These molecules are natural insecticides that both the flower and indeed humans use.

For thousands of years, different cultures have ground up chrysanthemums to create a powder. This powder was then used to kill or repel insects.

Pyrethrins work by over exciting the nervous system of an insect. This causes a lack of coordination, paralysis and death! They are generally safe for humans to use, but can cause irritating and itching. Even so, it is probably best to just look and admire the beauty of the chrysanthemums instead!

What do royals wear? In ancient Rome purple was such a hard colour of dye to produce that only emperors were allowed to wear a purple toga. The reason purple was so hard to produce is that the colour has to be extracted from the mucus of a snail! Dyeing a whole toga takes a lot of snails, and a whole lot of work. The main molecule responsible for this exclusive purple tine is 6,6′-Dibromoindigo, here’s the structure:

The fabulously purple dibromoindigo is our second royal molecule candidate.

Another thing royals wear is the crown, of course. Crowns are typically made of metals like gold, or perhaps silver. They might be adorned with diamonds or jewels – but these are typically not the most interesting molecules, with with the exception of aluminium oxide – or ruby! So how about instead we find a molecule that looks like a crown itself? That really would be a royal molecule.

Crown ethers are molecules that form rings with alternating sections of two carbon atoms and a bridging oxygen. Here’s the structure of a crown ether:

A crown ether is our third royal molecule candidate! Here’s how it looks like a crown:

Just like a real crown holds a head inside it, crown ethers can hold something precious in place. Inside the ring of our ethers we can fit certain metal ions. Bigger ions will only fit inside larger crown ethers, and smaller ions fit snugly inside smaller crown ethers. We can use them to select and separate out certain ions – which is a really useful job for chemists!

So which molecule wins our royal royale? The most royal molecule has got to be the one that is a crown all on it’s own – the crown ether! What makes the royals seem quite so magnificent can often just come down to chemistry – a posh perfume, a carbon allotrope stuck in a ring (diamonds, anyone?), the exuberantly dyed colourful outfits.

We hope that this month’s molecule post is a fitting tribute to our royal news this month and the sad news that Her Majesty had passed away. It’s an appropriate time to reflect on how chemistry can link in to topics around us like the royal family. In the case of Elizabeth II though I think we can all agree that her magic came from within and not from chemistry alone!