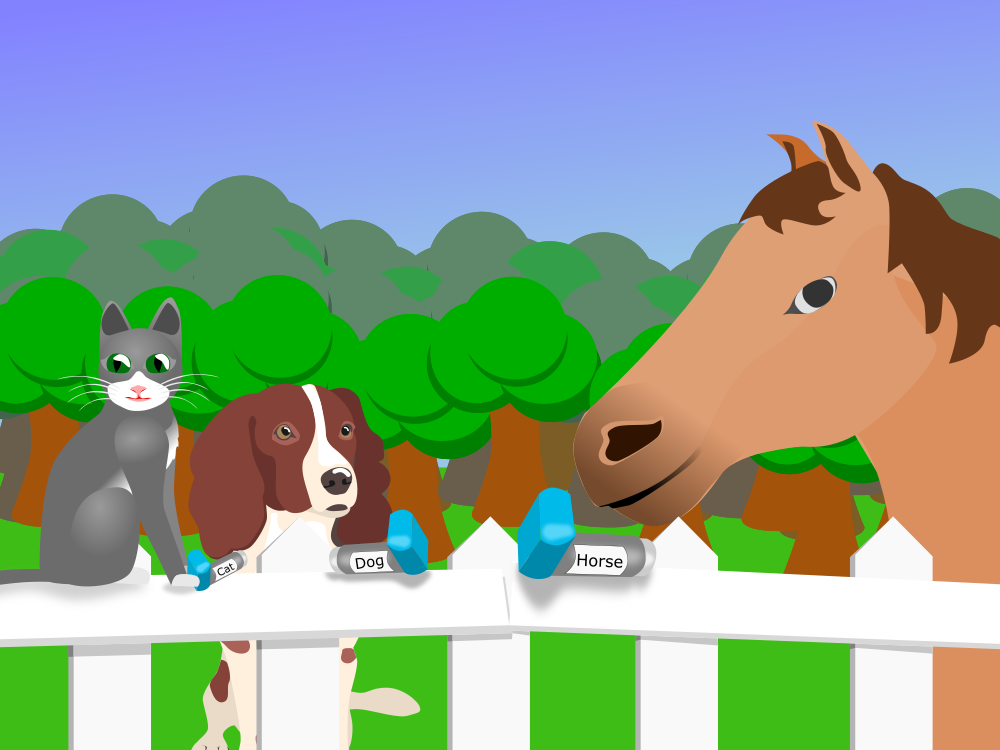 April’s Molecule of the Month

As we are all well aware, the world is currently gripped in a pandemic. Many countries enforcing lockdowns and social distancing. This respiratory disease has us all tired out and desperate for a breath of fresh air. But for many people there is a constant worry about whether their next breath will be easy or not, resulting from asthma. For asthma sufferers there is the wonder drug salbutamol! This month we’re taking a dive to look at how salbutamol helps people with asthma.

One of the main symptoms of Covid-19 is breathing difficulties. Unfortunately this canbecome so severe that a machine is needed to essentially breathe for the patient. This is known as mechanical ventilation.

Before the world was engulfed in the latest species of coronavirus, there have always been numerous viruses, bacteria and conditions that cause breathing difficulties. One of the most common conditions that affect our breathing is asthma. A recent report suggested that over 339 million people worldwide suffer from asthma. Sadly, nearly 1000 people dying from asthma every day.

If you’ve ever suffered from asthma and had an attack, you know how sudden and scary it can be. Within minutes, a small amount of wheezing can rapidly lead to heavy wheezing, chest-tightness and desperation as you try to breathe in but feel unable to do so. In short it feels like someone has taken your lungs and windpipe and tied them up – very, very tightly. This is not too far from the actual truth, but we will discuss that later.

How do we treat asthma?

What can we do? How can we “untie” our lungs and get us back to breathing normally? Well, for most people who suffer from asthma, a small plastic device is quite literally a life-saver- the inhaler! This small, light-blue device delivers a vital drug into our bodies that relax our airwaves and allow us to return to the comfort of full, deep breathing.

It is time to introduce April’s molecule of the month – the life-saving drug for people with asthma found within the inhaler – salbutamol.

Salbutamol was first made to treat asthma in 1966 in the UK, by a chemist and pharmacist called David Jack. It’s also known as albuterol.

A few years later salbutamol was ready to be launched into the world as a medicine called Ventolin.  Since then, salbutamol has become one of the most prescribed drugs in the world. It’s even on the list of the World Health Organisation’s (WHO) Essential Medicines.

The chemistry of salbutamol.

The chemical structure of salbutamol is shown in the image below.  The structure consists of a hexagonal ring of carbon atoms known as benzene. There are 3 chains of different lengths attached to the benzene. Two of these chains are very short and end with an oxygen and hydrogen atom, known as an –OH (or hydroxyl) group. The third chain of carbon atoms is much longer and also contains a hydroxyl group half way along. However, this chain also contains a nitrogen atom (shown in blue) and finally ends with a cross shape of carbon atoms.  At normal temperatures, salbutamol is a solid of white crystals

Salbutamol also has another strange feature, one we saw for cetirizine. It can exist in two identical forms, except that they are mirror images of each other.

The oxygen and hydrogen atoms located in the centre of salbutamol can either be at the front or the back of the molecule. These molecules are mirror images of each other and can be identified by the letters R or S before the name. Ideally we would like to use R-salbutamol, as this is the one that actually stops us having an asthma attack. However, it is very difficult to both obtain just the R version and prevent it from changing to a random mixture of R and S.

The pharmacology of salbutamol and asthma.

Having the drug is all well and good, but how do we get it into the body and to where it needs to go? For this, we turn to the inhaler! But how do these cool looking devices work? It is tempting to think that salbutamol exists as a gas inside the metal container found in an inhaler. After all, what comes out looks like steam or a fine mist. However, the boiling point of salbutamol is a rather hot 434 °C! So if it’s not a gas then what is it? Well to answer this we will need to know exactly what a mist is, and how an inhaler actually operates.

A mist, both the weather kind and the kind of you get from a can of deodorant, is actually a mixture of molecules in two different states of matter. Strictly speaking mist a type of aerosol, a collection of liquid droplets spread out inside a gas.[1] The mist you may see over the countryside on a cold day is a mixture of small droplets of water suspended in the air. But how does this relate to salbutamol and inhalers?

Keeping you in suspense…

Well the inside of an inhaler contains two substances: salbutamol and a substance known as a propellant. The propellant is a gas that becomes liquid when held inside the container and has two main uses. The first is for the salbutamol to dissolve or be suspended in, and the second is to provide a force to push the aerosol out of the inhaler and into the air or our mouths. When the canister on top of the inhaler is pressed, a mixture of the liquid propellant and salbutamol is released. The liquid propellant, now being outside its high pressure container, quickly changes from a liquid to a gas. This gas still contains liquid droplets of salbutamol and forms the aerosol (or mist) seen in the video.

This mixture is inhaled and salbutamol makes it way down towards the lungs. But how does this drug help stop an asthma attack? To understand this, we first need to find out what happens during an asthma attack.

The biology of asthma.

Our lungs are amazing pieces of biological machinery and are able to transfer oxygen from the air we breathe in, into our bloodstream, and replace it with waste carbon dioxide that we breathe out. Each lung can be thought of as a giant system of roads on a small island. There is the main road to get in and out of the island, known as the bronchi. These are the main passageway into each lung.

Each of these smaller roads are small muscular tubes known as bronchioles and the end of the roads lead to tiny air sacs known as the alveoli (not to be confused with ravioli), where precious oxygen and unwanted carbon dioxide are swapped.

During an asthma attack, the bronchioles tighten (the road becomes narrower). They produce a lot more mucus (the road suddenly becomes jammed with cars). This makes it much harder to breathe as air cannot move as easily along these roads. This traps more air in the lungs and eventually reaches gridlock.. You feel you cannot breathe at all – in or out! But what causes the bronchioles to suddenly tighten (or constrict)?

What causes an asthma attack?

For most people, asthma is essentially an allergy than can be triggered by all kinds of things. This can include more natural allergens such dust mite poo, grass pollen or mould spores. Some people react to outdoor pollution from ozone, smog, nitrogen dioxide; or indoor pollution such as perfumes, aftershaves, soaps, shower gels or bubble baths. Certain medications can trigger asthma. This is one reason why hospitals need to know if a patient is allergic to penicillin. Physical exercise – such as intense running on a very cold, dry evening – can make us wheeze. There is also evidence that stress can make us more likely to react to the other allergens above.

How can salbutamol stop an asthma attack?

It should be obvious that the quickest way to stop an asthma attack is to do something very simple, but important – make the tiny roads throughout our lungs wide again, stop the tightness of the bronchioles, calm everything down and remove all that excess mucus. That’s exactly what salbutamol does during an asthma attack. The small muscular tubes in our lungs are a type of muscle known as smooth muscles. Salbutamol is very good at attaching itself to something known as β2 receptors. These are a bit like the front door and letterbox of the muscles, delivering important information on what these muscles should do. When salbutamol attaches itself, it delivers a message that eventually ends up with the smooth muscles relaxing. This stops the muscles squeezing tightly and widens the passageway, allowing us to breathe more easily.

What happens to the drug afterwards?

Once the molecule has done its job, it goes on a journey around the body. Eventually it gets sorted out in our kidneys and removed in our urine (science name for pee!). The message to tell our bronchiole muscles to relax needs to be quick. A typical inhaler starts to work within 15 minutes, and keep working for several hours.

What is salbutamol good for, other than asthma?

Salbutamol is not only being used on humans, but also on our pets. It may sound silly, but cats, dogs and even horses can suffer from coughs, allergic reactions and breathing difficulties. To help animals deal with these problems, vets will often use salbutamol. Though don’t expect to start seeing your cat carrying an asthma inhaler around!

How do we make it?

There are several ways to make salbutamol, although they all involve lots of steps and complicated reactions. We won’t discuss those here. There is still much research into improving the method for making salbutamol. We want it to be made quicker and without unwanted waste products.

A rainbow of medicine

You may well have noticed there a variety of different coloured inhalers. These are not simply for show or to try and collect them all. Rather, they each have a very different and specific use, and also contain a very different molecule. This colour coding is not the same around the world, but experts are hoping that eventually a global system will be used to make sure that all inhalers with a certain colour have the same use.

Generally, salbutamol is found in the blue inhalers, known as relievers, and are used to stop an asthma attack and help return a person’s breathing to normal. Brown inhalers are usually used to prevent an asthma attack from occurring in the first place, and use a different molecule called budesonide. There also exist purple, green, orange and red inhalers. These inhalers may include different molecules, amounts of each molecule or even combinations of molecules.

Take a deep breath – we’re almost at the end

And breathe…! It is no exaggeration to say that salbutamol has saved millions, if not tens of millions of lives. It has helped countless people suffering from asthma. But having the molecule is only half the solution; we also need to be able to deliver it to where it’s most needed – the lungs. For this, an inhaler containing salbutamol is a vital piece of equipment, spraying a fine mist of the molecule into our mouths and down our windpipe straight to our lungs. The success and low toxicity of salbutamol has seen it the ideal choice for animals, especially cats, dogs and horses.

The world may seem a very different and scary people at the moment, but it’s only a passing thing, this virus and even it will pass. Asthma and other breathing related conditions will remain though and for that we are grateful to salbutamol to allow us to breathe easy. We do advise you though not to give your inhaler to the cat next time it starts to cough.