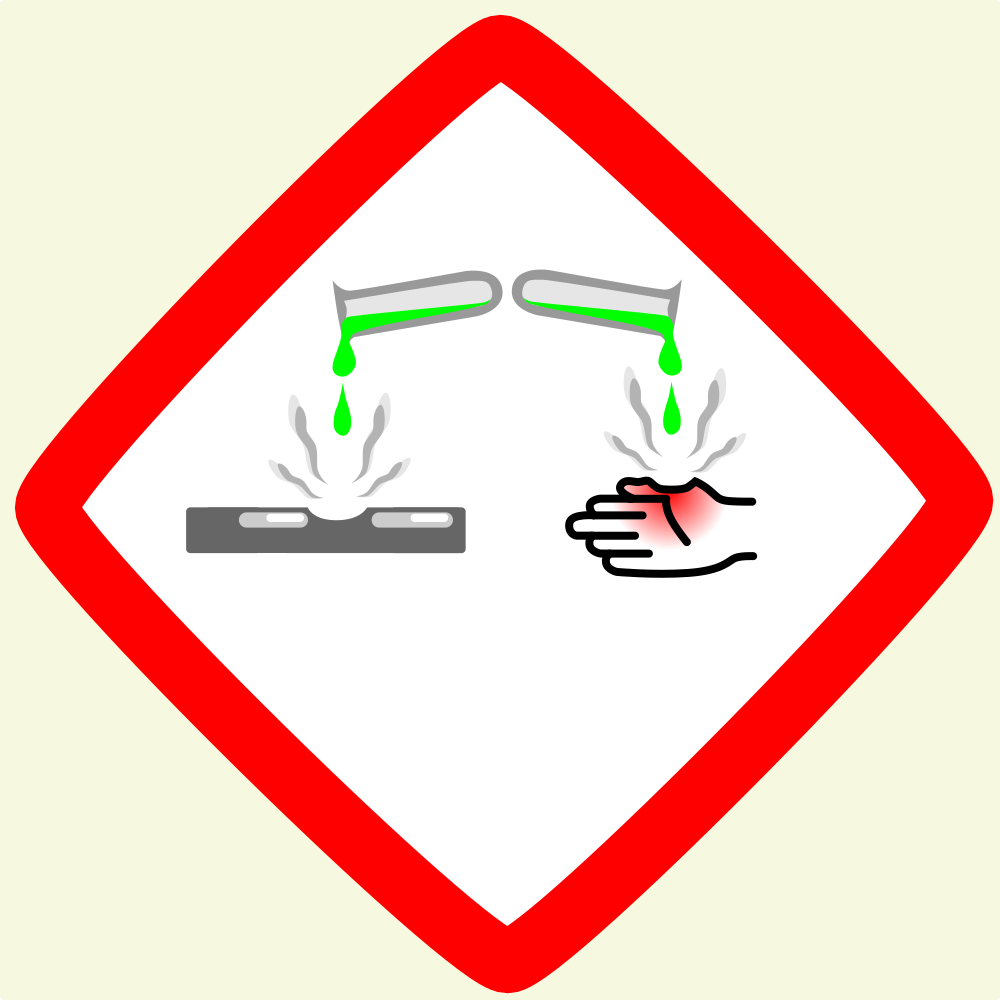 This month’s molecule will very likely be familiar to everyone. Whether you loved or hated chemistry at school, there is no doubt you would have read about or performed experiments using sulfuric acid. But what is this ever-present molecule actually used for?

It is tempting to view this acid as nothing more than a traditional teaching substance. There is, however, so much about this molecule than simply watching pieces of metal dissolve and fizz in it. Although that is quite exciting.

The chemistry and applications of sulfuric acid are fascinating. Industrially, it is a vital chemical. Its production is one of the most important reactions in chemistry.

A long time ago…

Sulfuric acid has been extracted and used for thousands of years. The ancient civilizations knew of a substance called vitriol. Vitriol is a combination of different metal sulfates such as iron sulfate, FeSO4.

Sulfuric acid could be obtained in the Middle Ages by heating green vitriol. This is why sulfuric acid was known as “oil of vitriol”. The first direct production is often attributed to the Persian polymath Razi in the late 800s. Razi studied nearly everything including science, grammar, philosophy and medicine.

It was not until the 1700s that large scale production started to take place. The modern industrial process for creating most of the world’s sulfuric acid is known as the contact process, but we will come to this later.

Sulfuric acid has the chemical formula H2SO4. The structure of this molecule is shown below. The large sulfur atom is able bond to four oxygen atoms, with two of these oxygens being further bonded to a hydrogen atom. In its pure form, it is a clear, colourless liquid that is a good conductor of electricity.

Let’s start with obvious, most people are probably happy with sulfuric acid being an acid (the name sort of gives it away), but what is an acid? There are three main ways of defining an acid, but we only really need to worry about two of these here.

Arrhenius defined an acid as any substance that produces hydrogen ions (H+) when dissolved in water (the fancy name for this is an aqueous solution).

A more general definition was proposed by two chemists, Bronsted and Lowry. In Bronsted-Lowry theory, an acid is any substance that can donate a hydrogen ion.

Sulfuric acid is such a strong acid because it can easily donate a hydrogen ion. When dissolved in water, the hydrogen from sulfuric acid is donated to a molecule of water. This forms the molecule H3O+.

Not only that, but if you look at the formula (H2SO4) you will notice it contains two hydrogen atoms. In theory, this means one molecule of sulfuric acid can produce two hydrogen ions. In practice, it can lose the first hydrogen very easily and readily, but not as easily the second one.

Give me water, lots of water

As well as being a potent acid, sulfuric acid absolutely loves water. In fact, it loves water so much that it will actively seek it out and so is a very good at dehydrating things. However, we don’t recommend drying things by pouring sulfuric acid on them. Seriously, please don’t try!

An amazing example of this is the reaction between concentrated sulfuric acid and ordinary sugar. When we say sugar, we are specifically referring to sucrose.

When sulfuric acid is added to sucrose it removes all the hydrogen and oxygen from the sugar to produce water. This converts the white crystals of sugar into a dark brown/black column of pure carbon. The reaction produces a fair bit of heat, enough to produce a caramel smell as the sugar is heated. It’s a super cool reaction so check it out on YouTube. Do not try it at home!

Add acid to water, that’s what you ought’a’

Water to acid – prepare to get blasted!

A tonne of fun

Despite how scary sulfuric acid might appear, it is produced on a massive scale around the world. One of the main ways of producing it is known as the contact process.

The process begins with sulfur or a sulfur containing compound. Burning the sulfur causes it to react with oxygen to form sulfur dioxide, SO2.

The final step involves dissolving the sulfur trioxide in some concentrated sulfuric acid. This creates a molecule called oleum, also known by the amazingly cool name of fuming sulfuric acid.

Another process is known as the wet sulfuric acid process. The first steps of this method are the same as the contact process up until the formation of sulfur trioxide.

At this point, the sulfur trioxide gas is reacted with water vapour, keeping careful control of the temperature. This produces sulfuric acid gas, which can then be condensed to a liquid.

While it is possible to react sulfur trioxide directly with liquid water, the reaction is dangerous and can quite quickly run out of control. The reaction produces a sulfuric acid fog, definitely not something you want to be in the middle of!

As you may remember from school, it will react with many metals. Dropping a piece of metal into dilute sulfuric acid will produce a fizzing, bubbling mixture as hydrogen gas is produced.

Unreactive metals, such as copper, will react with concentrated sulfuric acid, producing the gas sulfur dioxide. Hot, concentrated mixtures will even react with pure carbon, normally a very difficult molecule to get to react.

Funnily enough, one of the main uses of sulfuric acid is to produce another acid – phosphoric acid.

Phosphoric acid is important in the production of fertilizers, substances that can help plants grown by providing the essential nutrients we need. This isn’t just important for your Gran’s favourite shrub, but is essential to ensure crop growth.

Why is there a hole in my umbrella?

Unfortunately, sulfuric acid is the main component of acid rain. Volcanoes emit sulfur dioxide naturally but it is also emitted by human activity. The reaction of sulfur dioxide and oxygen, with some water around, produces dilute acid in the atmosphere that falls as rain.

Acid rain is a serious environmental problem. It can make lakes and soil more acidic, seriously impacting the plants and animals that live in these regions. While the acid is usually dilute enough to not hurt humans, the thought of acid falling on you is not nice!

Sulfuric acid may be an important molecule but make no mistake it is still a very dangerous chemical. People have accidentally, and unfortunately also deliberately, suffered horrific burns from the acid.

Diluted solutions can still be extremely dangerous and should always be treated with extreme care and caution. Like any chemical, do not mess around with sulfuric acid. Be careful of where you put it, how you handle it and what you are mixing it with.

If you ever do spill sulfuric acid on your skin then immediately wash the area with lots and lots of water. Continue to do this whilst seeking first aid.

Away from the lab…

Any high school chemistry student will have used sulfuric acid in the lab. For most, it is a chemical used to dissolve metals, react with bases and something to be handled with care.

However, this molecule is so much than that. Its importance throughout the world sees it produced in massive quantities. The uses extend far beyond the classroom or research lab. It is vital in the production of phosphoric acid, an important chemical to create fertilizers.

Beware; this is an extremely dangerous molecule, even when diluted. However, like so much of chemistry, the very dangerous is also the very important.

A misunderstood molecule or simply a misused molecule? Either way, sulfuric acid is a fascinating chemical.

[1] A catalyst is a substance that can help speed up a chemical reaction,. The catalyst itself is not actually used up during the reaction. There are all types of different catalysts, although your favourite feline pet is not one of them!  BACK TO POST