How many atoms are in my cup of tea? 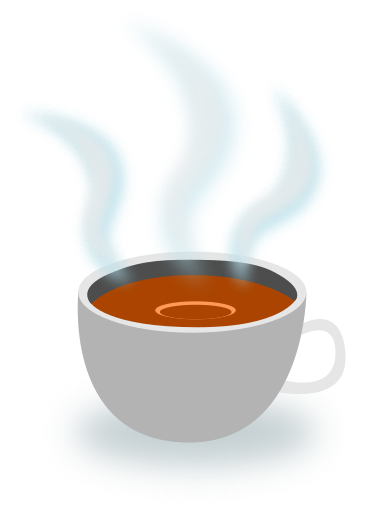 I don’t get far into a day without a good cuppa. You can ponder the mysteries of the universe while sipping away at a refreshing mug of comfort. But this advent let’s be silly and ask some daft questions – the first one is this: How many atoms are in my cup of tea?

Some things are really easy to count. How many fingers have you got? You probably can’t count that on one hand but it’s still pretty simple.

Let’s make it a bit more difficult – how many teeth do you have?

I bet you’re pulling a strange face as you try to poke your tongue around and place it on each tooth and keep count.

Harder yet – how many eyelashes do you have?

We’ve run out of numbers!

Sooner or later the numbers just get so big that you couldn’t possibly start to count them. There are some tricks that we could do – we could say how many grams of salt did you add to your dinner or how many glasses of water do you drink per day? Measuring things in the right units helps to make these things possible. Some tricks are very effective for measuring – cut all your hair off and see how many bags it fills – but they might be totally impractical!

Back to the atoms in our cup of tea

Where does that leave us with the question ‘how many atoms are in my cup of tea?’

Let’s start with the individual components. We can’t just count the atoms because they’re so tiny that we can’t see them – even with the most powerful microscopes that use light, because the light used by the microscopes is literally bigger than the atoms… It would be so much easier if we could just pick atoms up and count them though, wouldn’t it? In fact, some scientists are able to pick up individual atoms with special ’tweezers’ made of light but that’s a different story!

We’ll work out the weight of one molecule of water and use that, and the total weight of water in the cup, to work out how many molecules of water we have got in our cup of tea. If you’re not a numbers nerd, skip ahead a couple of paragraphs and assume that the number is ridiculously big, okay?

To start, we can look up the structure of water – it’s H2O. We have a molecule made up of three atoms.

We can find out the numbers next to H and O in their boxes on the periodic table – thanks Mendeleev! You might remember him from the Periodic Drama posts!

The periodic table tells us the number of protons, electrons and neutrons in each atom of H (1 proton, 1 electron) and O (8 protons, 8 electrons and 8 neutrons).

Time to crunch some numbers

Back to counting atoms in our cup of tea

I was joking when I said it would be simple…

The problem is obvious. These numbers are ridiculous! It’s the same issue as before with trying to count the number of drops of water you drink per day – there are just better units out there that we could use for this.

Units of tea in unity

Let’s take the tea in your cuppa as an example. How do you know how much tea to use in each cup?

It’s easy because the tea is in bags with just the right portion in each one. You need 1 tea bag per cup for a good cuppa! There’s our unit – tea bags per cup.

Sure, if you wanted a really strong cup you could do 2 bags per cup or if you didn’t really like tea, or your friends, you could make two cups with one tea bag (half a bag per cup).

What’s the alternative here? You could count every dried up husk of a tea leaf and end up with some number in the hundreds and have ‘631 tea grains’ per cup.

See how much better units make things? In fact, there’s even a standard cup of tea prepared by placing 2.0 grams of tea in 100 mL of water at 100 °C for 6 minutes.

So for tea the units are simple, it’s based around the tea bag which is a convenient way to get the right amount of tea to do something useful. What do you think might be the unit to work with to make our 10900000000000000000000000 molecules of water more manageable?

Fortunately, chemists have a way of turning these ridiculous numbers into something that we can count and see and use. There is a number called Avagadro’s number and it is a huge number. It is 6.022 × 1023 or 602200000000000000000000 (or there about). This number is special though because it takes the numbers from the periodic table and relates them to weights we can really imagine!

If we had Avagadro’s number of atoms of oxygen – which has a mass number of 16 – the whole bunch together would weigh 16 grams! Now we are talking. We can weigh grams and understand what that might look like.

If we said that we had a mole of hydrogen atoms – 1 gram. A mole of oxygen atoms – 16 grams. A mole of water – 18 grams. These are all numbers we can count and understand and in weights that we can actually measure.

What’s the answer – how many atoms in my cup of tea?

When we talk about how much a molecule or atom weighs, we don’t say its mass in kilograms. As we have seen that number is so incredibly tiny! Instead, we use the mass of one mole of molecules or atoms instead to make it a weight we can measure. The atomic mass is given in grams per mole – if you had a mole of those atoms, how many grams of that stuff do you have? And the same for molecules – the molecular mass is in grams per mole.

Our cup of tea that we said had a silly number of molecules of water in it actually has 18.28 moles of molecules in it (329 grams divided by 18 grams per mole). It’s quite a bit easier to say 18 moles than 11 septillion atoms!

There’s your answer – you can tell someone all about this the next time you make a cup of tea. Including reading out the number of atoms….

[1] We have oversimplified a bit here because as always seems to happen with science there is something we have missed out. The mass of protons, neutrons and electrons don’t quite add together to make the mass of the atom because when all those particles come together they release energy and that is equivalent to a little tiny bit of mass. We can relate mass and energy using Einstein’s famous equation E = mc2 BACK TO POST