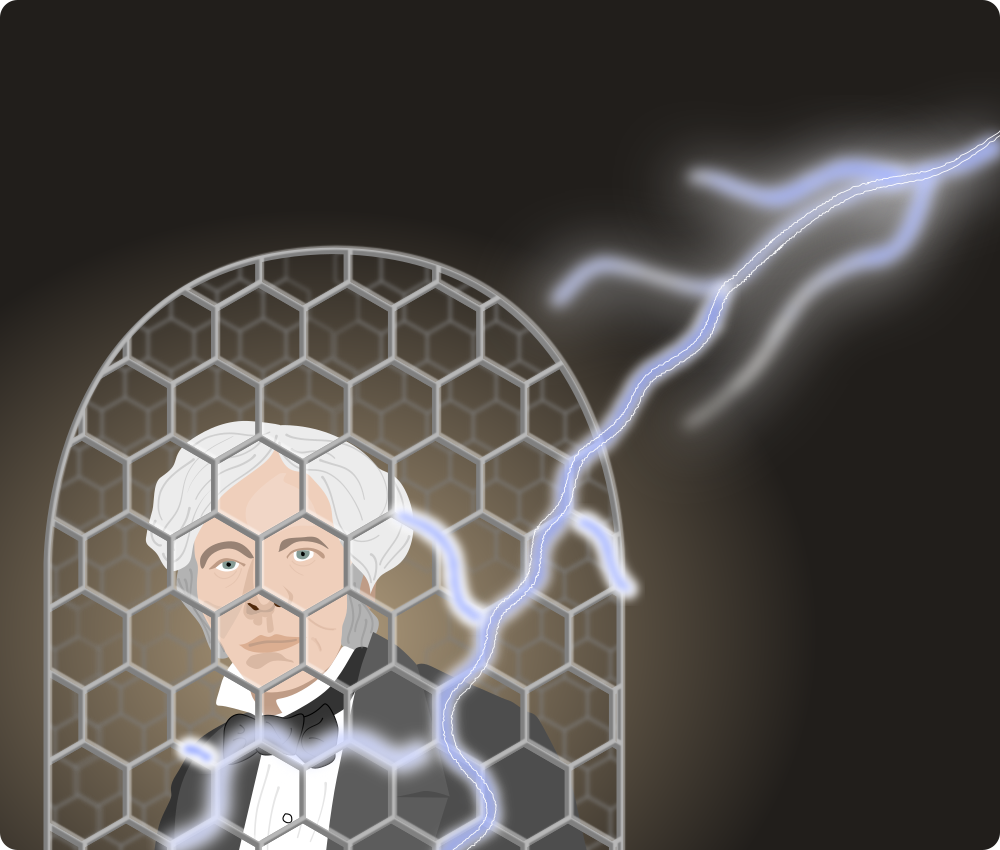 The origins of Christmas are deeply religious. It would therefore seem strange to talk about Christmas science traditions. However, since 1825 the Royal Institution has put on a series of Christmas lectures ever year. The only time there hasn’t been a lecture was during the Second World War. The Christmas lectures proposed by Michael Faraday cover every part of science and have been hosted by some well-known names.

As well as suggesting it, Faraday also presented 19 times. Apart from the Christmas lecture series, Michael Faraday is famous throughout science. Many often regard him as one of the most important and influential scientists of all time. His research and discoveries covered both physics and chemistry.

Michael Faraday was born on the 22nd September 1791. The third youngest of four children, Faraday received only a very basic education. He had to mostly educate himself. Like many children in the 18th Century, Faraday had go and get a job at the age of 14. Luckily this job was at a bookshop and gave Faraday to chance to read lots of books. It was during this time that he found a love for science, particularly chemistry.

At the age of 20, Faraday attended lectures given by another famous chemist, Sir Humpry Davy [FOOTNOTE]. Faraday sent letters and notes (remember, this was long before email and text message!) to Davy, who eventually employed him as his assistant. This was the beginning at his scientific career. For the next few decades, Faraday worked for the Royal Institution.

So what did Faraday discover during his years of research?

To most scientists, Faraday is best known for his work on electrochemistry so let’s start there. As the name suggests, electrochemistry is the relationship between chemical changes and electricity. Every time you use or charge a battery, you are making us of electrochemistry. Think of that this Christmas if you get any battery powered presents – thank you Michael Faraday!

His most famous discovery was electromagnetic induction. You may think that such a complicated sounding name must mean it’s a complicated bit of science. However, the basic science is very simple. If you move a magnet through a coil of copper wire you can generate electricity.

Simple, but amazing. However, this simple process is still being used today. Electric motors, generators and transformers all use electromagnetic induction. Want to build your own motor with this idea? Try this experiment from last year’s X-Per-Mas series!

He’s also responsible for the fact that you can cook food in a microwave without being cooked yourself at the same time! There is a very clever mesh in your microwave that redirects the radiation that cooks your food and traps it inside the box. You stay nice and safe! This clever trick is known as a Faraday cage.

Away from electricity, Faraday also made some great discoveries in chemistry. Faraday was able to isolate and identify the molecule benzene. It would take much more research by scientists such as Kekulé to discover the true structure of benzene though.

During his work with Humphry Davy, Faraday spent a lot of time looking a carbon and chlorine. He also managed to turn gases into liquids using nothing but pressure.

In 1825, Michael Faraday came up with the idea of hosting a series Christmas lecture. He hoped these lectures would help educate the general public and inspire them. Like any performance, the money taken in was also very useful for the Royal Institution. Faraday first presented at the 1827 Christmas lecture, and went on to host another 19 lectures. His last Christmas lecture was in 1860. Most of his lectures were either on chemistry or electricity.

In 1839, Faraday suffered a nervous breakdown and took some time away from work to relax. From the 1840s onwards, Faraday’s health began to decline. In 1867, at the age of 75, Faraday died. However, over 150 years later chemistry students all around the world are learning from the discoveries of Faraday. Many of the famous scientists that followed Faraday saw him as an inspiration. There are even stories of Albert Einstein having a photo of Faraday in his office.

Don’t forget to tune in

Michael Faraday was an amazing scientist with a long legacy. He contributed a massive amount to science, but one contribution he made to the Christmas season, was the annual lecture series. Despite 2020 being a very, very different, the good news is that this year’s lecture series is still going ahead. To find out more check out: https://www.rigb.org/christmas-lectures/2020-planet-earth-a-users-guide. All three of the presenters are fantastic and if you do get the chance to watch them, then I highly recommend you do.