How does the Sun work? 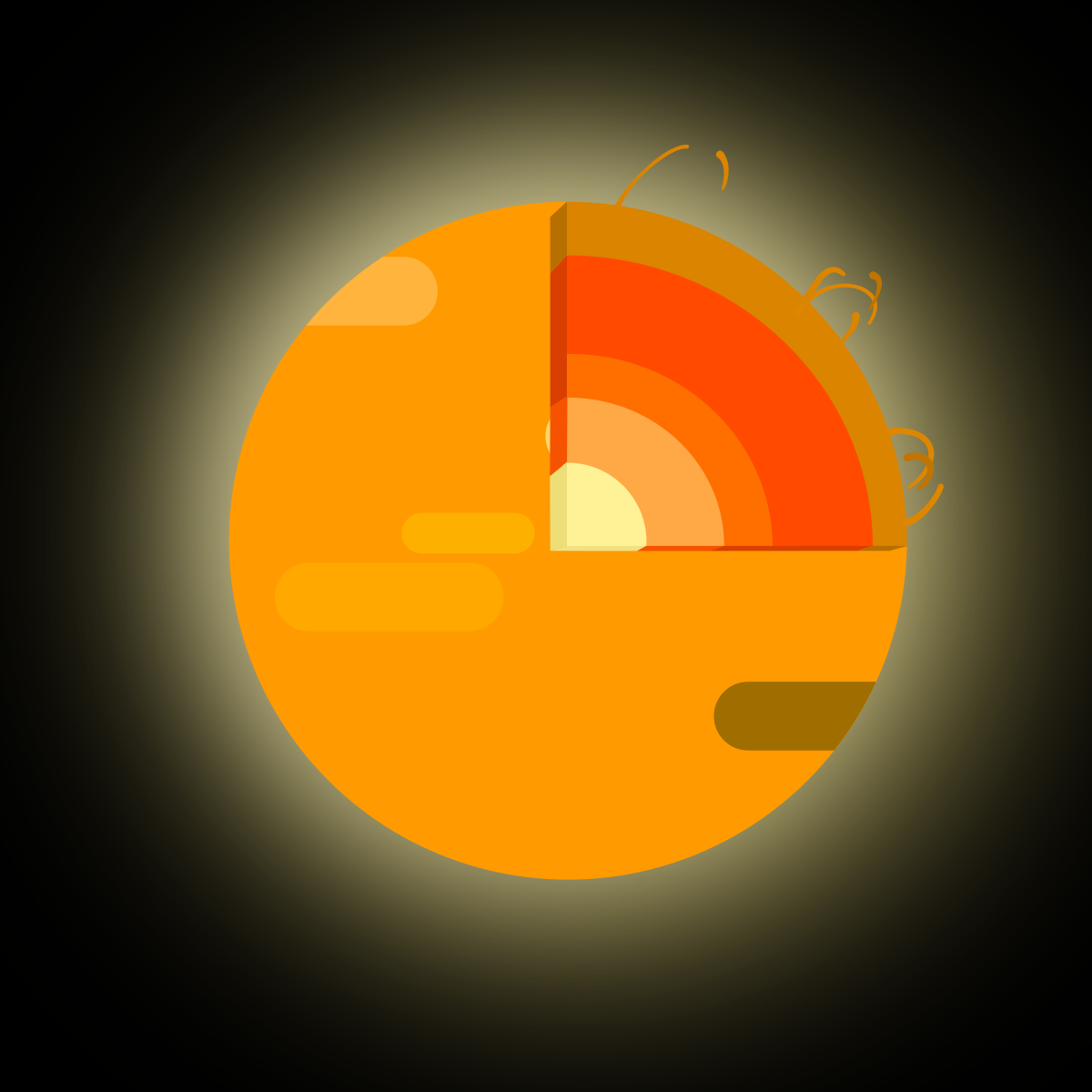 From the very young to the very old, stars are mystical, fascinating and beautiful, They can mean hope, love, wonder or magic. For those familiar with the Christmas story of Christianity, stars play an important role. It was the bright star in the sky that lead the three Magi to their destination. We often draw stars as five point shapes, however this is far from the truth. So let’s dive in. How does the sun work?

Stars, such as our sun, are balls of immense fire, power and heat. Deep within stars, intense nuclear reactions are taking place. These reactions create a balance between an intense pull and an intense push. As the song goes: the sun is a mass of incandescent gas.

Our Sun keeps us warm and gives us the day time which is handy for going outside without stubbing your toe and falling into ponds. We spin around it on spaceship Earth once a year. It also just so happens to be the perfect distance away that our tiny moon – very close to us – can totally block the giant – but very far away – Sun from the sky in a Solar Eclipse.

But how does the Sun actually work?

Space may seem empty, but there are massive regions of dust and gas. These are known as nebulae and mostly contain molecular hydrogen (H2).

Before long, gravity starts to pull the cloud together. As the cloud is pulled together it starts to heat up, and the gases become hot.

Eventually, the gases become so hot that the atoms within it can fuse together. Fusing atoms together takes a crazy amount of heat and energy. What happens when there is too much energy all in one place? An explosion!

The fusion of atoms produces an explosive outwards force. This explosion tries to spread all those gas atoms from the nebula back out into a cloud again! Balancing that is the pull of gravity. The intricate dance between fusion exploding outwards and gravity pulling everything back in keeps the star stable and stops gravity from taking over completely.

From our point of view, the fusion of atoms in the centre of a star produces an immense amount of energy. This energy bounces around in the Sun for a while before leaving as light. This is why the Sun is so important for us on Earth. The light produced by the Sun warms the Earth up and provides energy to plants. Its just right for life to exist and function.

So the question “how does the Sun work?” is really more like what is fusion?

The main fusion process in stars is both very simple and very difficult. The simple part is that atoms of hydrogen are fused together into atoms of helium. The exact details for how this happens are complicated. It also depends on the size of the star as well.

This fusion happens deep inside the core of the star.

In stars such as the sun, the process of converting hydrogen to helium goes on for billions of years. That answers our question “How does the Sun work?”. Hydrogen atoms are smashed together producing light and warm lovely energy. Our sun has been doing this for us for nearly 5 billion years, and will carry on as it is for about another 5 billion years.

However, what happens once all the hydrogen is gone?

Why is the Hydrogen gone?

The fuel for our nice balanced gravity-squeeze-fusion-push party is that Hydrogen. Once that fuel is used up, the star needs another source of fuel to keep going! Fortunately for the star, the fusion reaction turns the Hydrogen into Helium.

And that Helium can be used as a fuel source in a different fusion reaction – smashing together He atoms instead. The colours of the fuel in the bottles above give us a clue about what else might happen to a star as it starts to use Helium as a fuel – it turns red! It will also expand because that nice balance of Hydrogen fusion against gravity has gone. Our Sun will start to grow once the Hydrogen is gone!

Are all stars equal?

There’s a lot of different things that can happen with stars that all depend on their size.

Massive stars won’t gently expand like ours will into a red giant. These massive stars instead just completely explode! It’s called a supernova. There’s no way I can draw anything close to their incredible scale and beauty.

Some stars don’t collect enough gas in that early nebula phase to get that hot gas fusion reaction started in the first place! These will glow slightly but are really more like a giant version of Jupiter than a real proper star.

That’s us! Our Sun is a medium star so you know this one already.

So tomorrow morning when the sun rises you’ll know that there are billions of Hydrogen atoms being smashed together and fused into Helium. And thank goodness they are – because once that stops happening the sky is going to start turning red and it’s going to get very hot in here!

Boom AdventHow Does it Work?