How Unique am I? 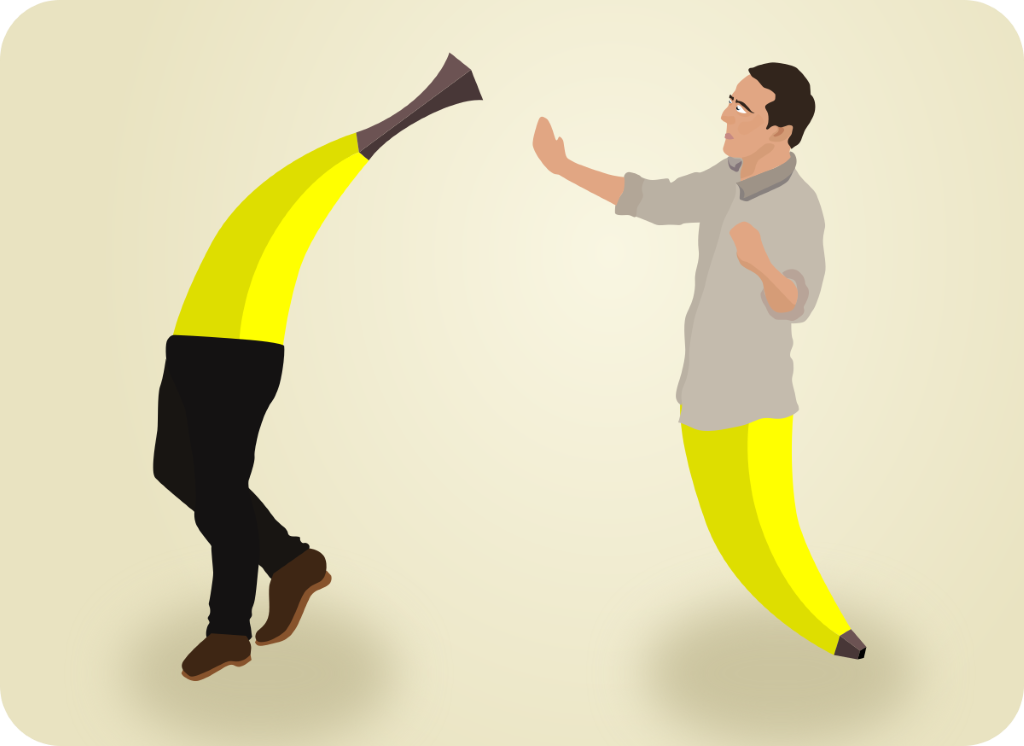 What features make you different from anyone else? You might have different coloured hair – black, brown, blonde, red, white, none. It might be straight or curly or kinky – there’s even a grading scale for different textures of hair.1  Then there’s eye colour, or even whether both eyes are the same colour (heterochromia iridum). So the question “How Unique am I?” might be a hard one to answer!

You’re probably really similar to your family. After all, you grow up together and have very similar experiences. That influences a lot of things but you won’t be identical to your siblings or parents. What about your height? You might be taller or smaller. There is more to what makes you, you, than just how you were brought up! There’s nature as well as nurture. The secrets to this are tied up in your DNA.

There are even some muscles that might be different between you and a friend or a family member. Can you roll your tongue? Having the control in the tongue muscle to curl it up could be hereditary – meaning it is passed on like a family heirloom.2

Then there’s the palmaris longus – a muscle that helped our more ape-like ancestors hang from trees for ages. If you touch your thumb to your little finger and then bend your wrist towards you, can you see a thin strip of muscle running from your palm up the middle of your forearm? It’s actually completely missing in about 14% of people!

Phil, who is writing this introduction, doesn’t have it.  Alex, who is answering questions in the rest of the article does! We describe features like this – leftovers from our evolutionary ancestors that we no longer use – vesitgial. There are other body parts like the tailbone (we don’t have a tail) – or the appendix (we don’t eat grass and only notice this organ when it goes very wrong, very painfully).

Are you unique yet?

Between these features you might be able to find something that makes you unique from most other people. If you wanted to get even more unique you could compare fingertips and see whether your fingerprint could unlock your relatives phones – chances are they won’t since fingerprints aren’t totally genetic so there isn’t much resemblance between family members.

But ultimately, we’re all human so we have that in common. We all breathe, we use the same amino acids, our cells all have a nucleus, and once you peel back the skin (please don’t actually do this) we’re all near enough the same! Especially between family members, your DNA will be incredibly similar.

Let’s step a bit further away than just comparing us to humans then.

What do you and a banana have in common?

Have you ever heard the phrase ‘you share 50% of your DNA with a banana?’. Turns out it’s not far off being true! So what does this mean? Are we actually half banana? Are we not that unique after all?

To answer that, I’ve brought in a genuine genetics expert – over to Alex. What is DNA? How unique are we really? Are we half banana?

Here are the questions I asked Alex.

Alex:  DNA stands for deoxyribonucleic acid, and it can be found in pretty much every cell in the body (of course there are exceptions, it’s science after all!). It is a long molecule made up of four ‘building blocks’ (or bases) called adenine, thymine, cytosine, and guanine.

Combining these four bases in a specific order makes a thing a thing. Your cells contain these building blocks, and so does a banana’s, but the order of them differs, which is why we don’t look like bananas, even though around 50% of our genes are the same.

You can read a lot more about DNA here.

How much DNA is there?

Alex: There are 6.4 billion nucleotides in the human genome.

There are 1.084 million words in the whole Harry Potter series (count them if you don’t believe us). There are about 5 letters per word in the English language. So that gives us 5.420 million letters in all the books put together. One human genome has as many letters as 590 copies of each of the 7 Harry Potter books!

Does everything have DNA?

Alex: Science always has exceptions, and not all of our cells have DNA – some of them are a bit special. Red blood cells, for example, need to have a lot of space inside for carrying oxygen around the body, and DNA would take up a lot of room, so they don’t have any.

On the other hand, some things inside our cells have their very own set of DNA – think of it as an organism within an organism. Mitochondria (the powerhouse of the cell) have their own DNA because they likely originated as organisms in their own right and, at some point in history, were probably engulfed by larger cells, seemed to like it, and carried on existing there. That’s an example of how we can use DNA to explore history and evolution.

Some viruses have a slightly different set of instructions – rather than DNA, they have RNA which stands for ribonucleic acid (they just ditched the deoxy- bit!). Instead of having thymine, they have a different building block called uracil, and instead of having 2 strands of information, they only have 1.

The concept is basically the same but they have evolved a bit differently to us.

Is there anything that is shared across all living things?

Alex: There’s something we call the Central Dogma. That’s shared across all living things.3

The Central Dogma says: DNA is transcribed to RNA which acts as a messenger and gives information to our ribosomes about how to make proteins through translation.

The DNA is basically the instruction, the RNA is the messenger, and the ribosome is a factory that makes a protein. The proteins then go on to do everything living things need to stay alive!

How similar are all humans?

You get 50% of your DNA from your mother and 50% from your father. The same goes for their parents too, so you have about 25% of your grandparent’s DNA. This article goes much deeper into this if you’re interested.

You may be worrying that you’ve got as much in common with a banana as with your parents! There is a lot of overlap though across all human genes – a lot of the information is the same between all humans regardless of family, like being able to breathe or making a heart the right shape. Your genes will actually be 99% the same as every other human! All the differences between humans we mentioned at the start – everything that makes us unique – is trapped up in that 1% that varies between humans.

Going a bit further away than modern day humans then – our ancient ancestors who lived in caves. The average person with European heritage will have roughly 2% Neanderthal DNA. We actually share 96% of our genes with our closest non-human relative – the chimpanzee!

Remember those vestigial body parts from earlier though? Some of the genes we share with our evolutionary ancestors might code for things we no longer use or develop. The information is there in a similar code but the way that code is used can be very different. Genes can actually be switched on or off, so the similarities between humans and chimpanzees are far more obvious than the 4% genetic difference suggests!

How Unique Are You?

Well we’ve seen that you share 50% of your genes with bananas and 96% of your genes with chimpanzees but to be honest, that number doesn’t mean a lot! Your genetic sequence might look similar to that of a chimp or a neanderthal but that doesn’t mean those genes act in the same way. You especially don’t have much in common with a banana, except the central dogma, a few proteins and a couple of processes that evolved right at the very start of life on Earth!

Maybe we should go back to the very first paragraph of this post to answer the question “How Unique Am I?” then, since DNA has proved to be a bit useless. You will all have read this post at a different speed, you all clicked the link with fingerprints that are different. Your experiences are truly unique and your own. Your personality, traits and behaviours are all totally unique and down to you.

Our ancestors may have had some of these genes before you but trust me, you’re wearing them better. You’re totally unique.

2 This is actually contested and might not be as clear-cut as ‘you inherit the ability to roll your tongue’. Here are two links if you want to read more. From the BBC and one from PBS. RETURN TO POST.

3 Viruses don’t use the central dogma but they aren’t really alive. RETURN TO POST.