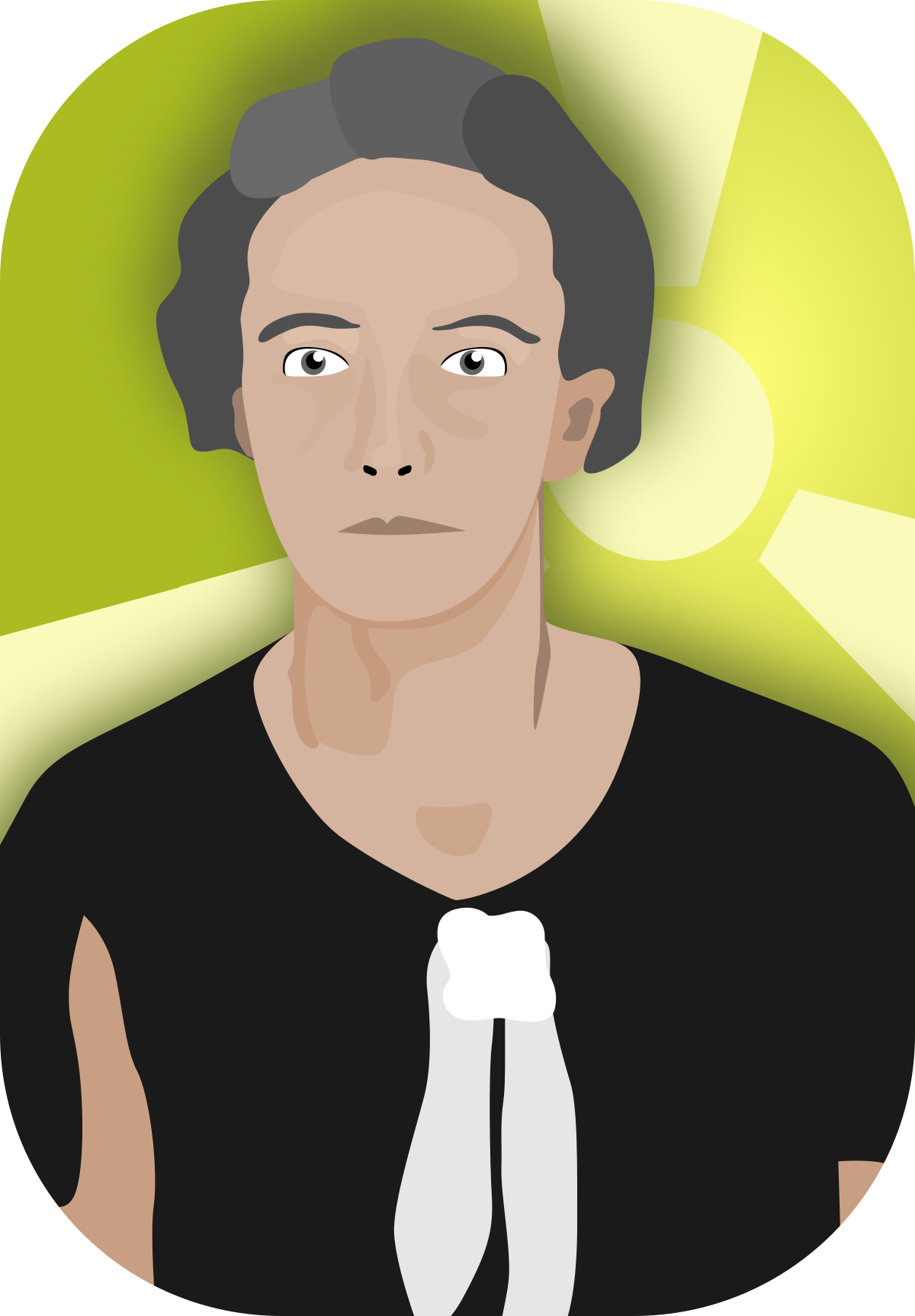 You have probably heard of a scientist named Marie Curie? Marie is one of the most famous women in the history of science. She was the first woman to win a Noble Prize. Marie is still also the first and only person to win two Noble prizes and in two different disciplines (physics and chemistry). However, you may not have heard of her daughter Iréne Joliot-Curie. Iréne was also a brilliant scientist and won a Noble Prize herself. Much like her parents, Iréne spent her life researching radioactivity.

Iréne Joliot-Curie was born in Paris, France in 1897. At the age of 9 she lost her father to an accident. Iréne was well educated as she grew up, learning not only science and maths, but other subjects as well. Because of her Mum’s connections, Iréne was taught by some very great and brilliant scientists.

At the start of the First World War in 1914, Iréne took a job as a nurse radiographer. As a nurse radiographer, Iréne was in charge of X-ray facilities and using them to help treat injured soldiers. After the war had ended, Iréne started working on her PhD. During her PhD, Iréne studied the radiation of the radioactive element polonium.

Playing with a radio is not radioactivity

As it was so important to both Iréne and Marie Curie’s work, let’s have a quick tour of radioactivity. The nucleus of an atom contains positive charged protons and neutral particles called neutrons. The number of protons in the nucleus determines the type of element we have. An atom with 6 protons is a carbon atom. The total number of neutrons and protons in an atom is called its mass number. What this means is that elements can have different forms with different mass numbers.

For example, atoms of carbon-12 contain six protons and six neutrons. Atoms of carbon-14, however, contain 6 protons, but 8 neutrons. The size of the atomic nucleus as well as the ratio of neutrons to protons can affect how stable the atom is.

Atoms of carbon-12 are very stable. However, atoms of carbon-14 are not as stable and the atomic nucleus will try its best to become more stable by changing itself. Carbon-14 radioactive.

Radioactive decay happens because of all the different ways an atomic nucleus changes. Very large nuclei are radioactive and have a definitive lifetime before decaying into a different element. Let’s look at two types of radiation.

Iréne’s research during her PhD involved studying the alpha-decay of an atom called polonium. During this time she met her future husband, Frédéric Joliot. Together Irene and Frédéric used the alpha radiation from polonium to create new radioactive substances. They took different types of elements and pelted them with alpha radiation to create new radioactive versions of nitrogen, phosphorus and aluminium.

These radioactive elements were useful to follow chemical reactions and in medicine for diagnosing or treating illnesses. Their work also helped in the splitting of atoms of uranium to provide nuclear energy and nuclear weapons.

For their research into artificial radioactivity and creation of new radioactive elements, Irene and Frédéric were awarded the 1935 Noble Prize in Chemistry. Unfortunately, Irene’s mum, the great Marie Curie, had died the year before.

After the Second World War, Iréne was involved in the planning and building of the first nuclear reactor in France. However, after years of working with radioactive substances, as well as a lab accident involving polonium, Iréne was diagnosed with leukaemia. Despite being very ill, she still managed to be involved in the plans for a new nuclear physics laboratory. Unfortunately, on 17th March 1956 Iréne Joliot-Curie passed away. Like her mother before her, Iréne’s work with radioactive materials ultimately led to her death.

However, the Joliot-Curie legacy continues to this day as both Iréne’s children are also well respected scientists.