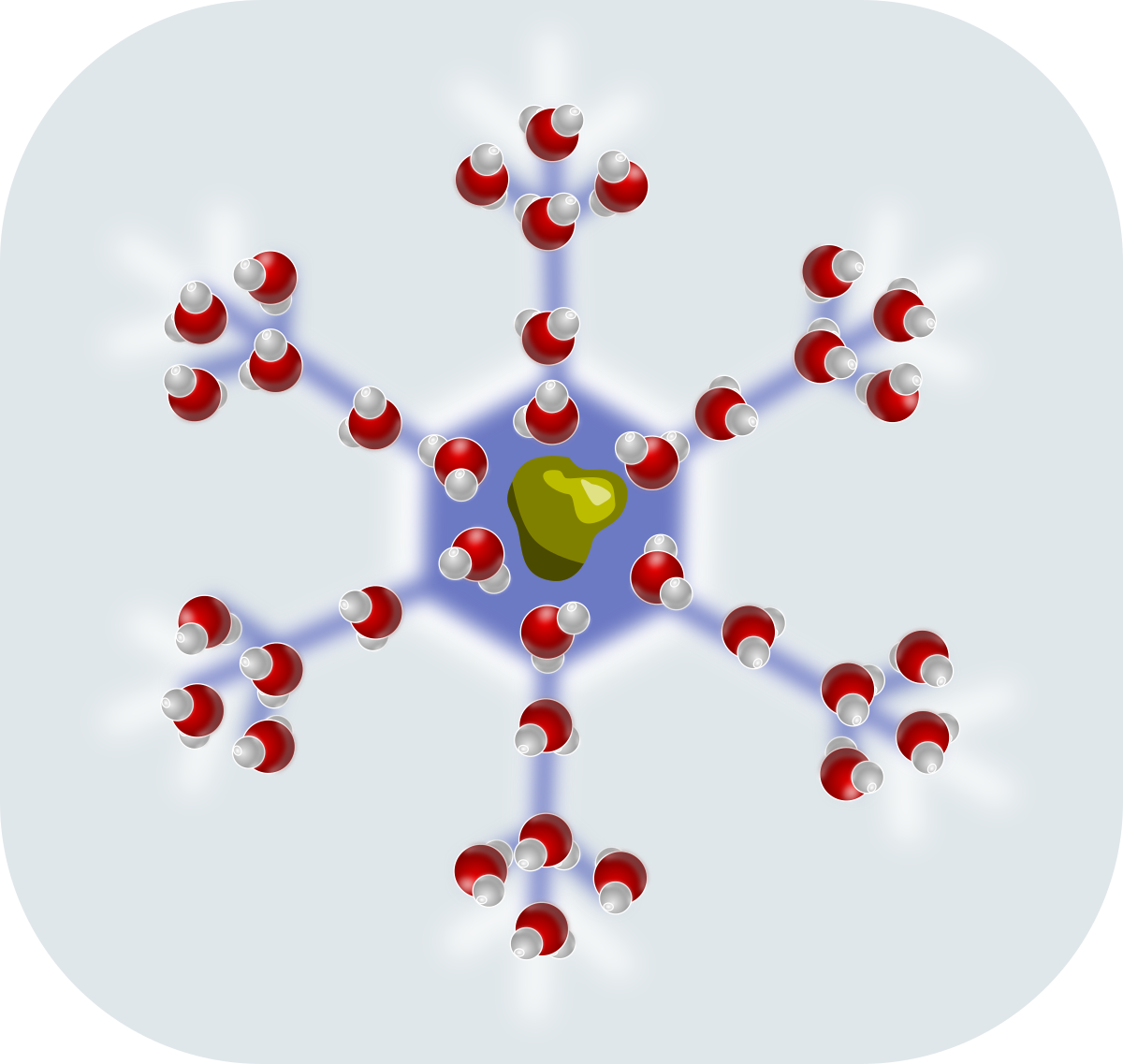 It just wouldn’t be Christmas without snow, which is funny considering it hardly ever snows on Christmas Day. At least not by me anyway. We all love snow and everything we can do with it: snowball fights, building snowman and sledging. Snow is just crystallised water,  right?

Snowflakes on the the Global Science Show

So what is snow?

It does sounds like ice, but there are some differences.

Remember those 6 pointed shapes – they’ll be useful later when we get back to snowflakes.

Ice to see you

Since this is a crystalline material with no carbon in it, ice is technically a mineral. It’s easy to make – you just cool water to below 0 °C and wait.

It’s not as simple as all that though – there are actually 18 different types of ice! One thing we can be sure of though is that ice and snow are not the same thing.

Ice has that long range order and is almost like one humoungous crystal. All the molecules are arranged in the same way with a pattern extending all the way across it. You can’t point to one bit of a sheet of ice and tell it apart from any other, structurally.

What does that mean? Well, it means that you can get ice cubes that are see through, or giant sheets of ice forming on the pavement, or even icebergs! Ice an get BIG.

Before we get bogged down in crystal structures, let’s ask what a crystal actually is…

What is a crystal?

Some things fit together very nicely and it is really easy to make them look neat. Think of stacking papers and tapping them on a desk like a newsreader and you’ll see what I mean.

Some objects are a little harder organise like a stack of papers but they can be if you’re careful. Think of a stack of chairs all lined up brilliantly – it’s a little harder than just tapping them together like papers – but if they’re all the same type of chairs and you line the legs up, no problem.

When the papers or chairs are all stacked like that, each individual object is organised next to the others in exactly the same way. You could imagine adding another object in the same orientation really easily. So long as the stacks don’t topple you could carry on forever!

Swap paper or chairs for molecules and you’ve got the same thing! Some chemicals form crystals really easily – salts for example. Some chemicals can be crystallised but it’s a lot harder – like proteins.

How big can one crystal get?

Huge. There’s no theoretical limit here. Keep adding molecules or ions in the exact same pattern and it keeps growing.

If we want to control how big a crystal gets we need to control nucleation. Crystals tend to start from one point and grow out from there. Once a tiny crystal has started to form in a solution it will grow so long as there is more material to be deposited! If you are making table salt crystallise out of water you will get little cubes growing as the salt forms crystals. So long as there is more salt in the water to deposit, the crystals will keep getting bigger and bigger!

To get massive crystals we want slow growth and few nucleation sites. Put it this way – if you want all the chairs in the room stacked up in one big pile, you want to start with just one chair to start the pile! You need to instruct everyone in the room where to put their chairs and you need to give time for any rogue chair stackers to move around until they stack on your pile.

The same thing happens with molecules. If we have just one tiny crystal in the solution and we allow that to grow really slowly, all the molecules dissolved in the solution will deposit onto the crystal and we’ll get growth!

Ice is made up of a really regular arrangement of water over a really long distance. Each ice cube or sheet you see is one giant crystal of water. There is a lot of material to make the ice crystal grow because you just need more water! Icebergs float in the sea – so there’s a near infinite amount of more water to build crystals out of! That’s why they’re so big.

Snow is really small. Always! We don’t get snow flurries with snowflakes as big as a car do we? So the crystals that make up snowflakes are really small instead. So, if snow and ice are different things. Were does this leave frost? It’s not quite ice, but not quite snow, so what is it?

Frost is the general term given to a thin layer that forms on a solid surface. This occurs when water vapor in the atmosphere comes into contact with a surface that is below the freezing point of water. There are several different types of frost, but here are some common ones.

Hoar frost forms on a still, cold nights. These nights are so cold that solid surfaces are already colder than the freezing point of water. So when some water vapour in the air comes into contact with this solid, it immediately changes from a gas into a solid and forms ice crystals.

As more and more water vapor freezes, the ice crystals grow and spread out. In fact, on really still nights, hoar frost will also form on trees branches and spiders webs!

As the name might suggest, window frost forms on glass panes. You have most likely seen window frost on the windscreens of cars on chilly mornings. Many of us will know how annoying it is to have to spend time scraping the car windscreen before we can drive off.

The side of the glass facing outside becomes very cold, while the other side is warmer and also contains more vapor. This water vapor will condense when it falls onto the glass, forming ice crystals and frost. On car windscreens that frost usually forms on the outside first.

We have to make a confession. Strictly speaking, rime is not a type of frost, however it’s formation is super cool (literally) so we are going to include it anyway. Rime ice forms when supercool liquid water freeze onto surfaces.

Supercooled liquids are wonderfully interesting things. Often, a liquid will only freeze into a solid if it has something to grow around. We call this a seed crystal or nucleus. It could be a bit of dust or even a bit of dirt. Anyway, if we were to completely remove all the impurities and possible seed crystal sites from a liquid, we can actually cool it to below its freezing point without it becoming solid! There are some very cool videos of supercool water instantly become ice when hit.

Snow crystals form when supercool water droplets (remember those?) start to freeze. As we saw with rime, something like a piece of dust can help freeze these water droplets. But we can’t form ice because as the crystals start to form there isn’t enough water to keep the structure growing.

However, we can’t form frost because we don’t have a surface for the crystals to organise onto in a cloud.

So what’s it to do? Well, it can grow small crystals! And this is exactly what happens. However, the crystals can become large enough to fall from the cloud down to the ground. As they fall, they might bump into and smash together will other ice crystals, forming clusters. Eventually they will reach the ground around us – we have snow!

Six of a kind

Remember we told you about those 6 pointed shapes? The reason this was important is because the when the water droplets freeze they form hexagonal shapes.

Individually snowflakes will always have a 6 pointed shape. They may not be completely symmetrical, but it will definitely be the rule of 6! So while 8 or 10 pointed snowflakes look beautiful, they are completely inaccurate.

If you’re too lazy to wait for a white christmas, why not make your own?