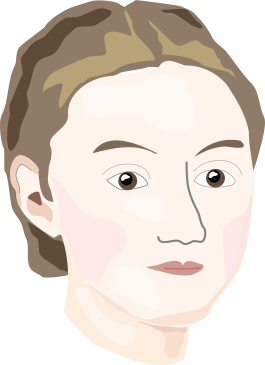 The sad truth is that we have surely missed out on some of the greatest and cleverest people the world has ever seen simply out of the way that certain people have been treated throughout history.

Agnes Pockels came from a family that were clearly doing something right since both she and her brother had fantastic scientific minds. However, since in the late 1800s women were treated as inferior and had no access to a university education, only Agnes’ brother Friedrich was formally taught Physics. He went on to discover some interesting things but (let’s be flippant) it was sort of handed to him on a plate with the facilities and teaching he received. Agnes on the other hand had to make do with hand-me-down books from dear Friedrich and the copies of his science magazines once he was bored of them. Determined to not let society squash her curious mind, Agnes found ways to do science on her own.

After finishing the washing up, Agnes investigated the properties of the soaps and surfaces that she had just been working with. At that time, not much was known about molecules and interactions between them and so trying to understand the surfaces of liquids was tricky. It was known that molecules like oil and soap spread rapidly across the surface of water and that these molecules lower the surface tension – which can stop things from floating or make lots of foamy bubbles for bathtime – but since it was so hard to work with these surfaces it was hard to understand much more than that.

The great leap that Agnes made was to build apparatus that allowed her to create a single-molecule thick layer of molecules at the surface of the water in the washing up bowl. This sounds immensely complicated… but in reality all she did was place a thin strip of tin on the surface of the bowl of water, long enough to touch either side and make a barrier, and move it backwards and forwards. On one side of the barrier was some oil – a surface contaminant – and on the other side was clean water. The contaminant could not travel under the barrier so when the barrier was moved the contaminant was forced into a smaller area and the effects of its contamination on the surface – like seeing particles on the surface move away or a floating object suddenly sink – were magnified. Moving the barrier back the other way restored the surface again.

Now – making stuff sink every now and then is hardly a scientific breakthrough. That’s where the real genius comes in because Agnes Pockels brought together her knowledge of other people working in the area – like Ludwig Wilhelmy, another scientist who perhaps hasn’t been remembered with the credit he deserves – to find a way to measure the surface tension of the water and how it changes as that tin strip is moved.

A button, dangled from a thin piece of wire, can be placed easily on the water surface. When you try to pull the button back up though, it will pull the water up with it and take some extra force to remove the button. By putting a known weight on the pan on the other side of the balance you can measure how much force it takes to lift the button! You can make one of these really easily at home and find videos of people doing just that.

This simple bit of kit, in the right hands, was used to discover and begin to understand a lot about water surfaces. So much so that Agnes wrote up her research to publish it and share it with the world. Unfortunately, this is where stupidity and society once more stand in her way – she was not well regarded enough and not part of the ‘Old Chaps at University’ gang and so was not allowed to publish the data herself. Never one to be put off by people completely disregarding her, Agnes wrote a letter to Lord Rayleigh – a scientist in the field – to discuss her findings. In one of the rare moments of the time where a man took a letter from a woman seriously and didn’t try and steal the credit afterwards, Lord Rayleigh had Agnes’ research published in full in the journal Nature.

A great deal of the experiments listed on this site refer to Agnes Pockels because to be perfectly honest her contribution to surface science has been phenomenal. Her methods were picked up and used by other pioneers in the field like Irving Langmuir and Kathryn Blodgett and eventually the research inspired by her methods won Langmuir a Nobel prize in 1932.

The reason that Agnes’ story has stuck with me and why I wanted her work to be the first piece in this series is that there were so many times in her life where I think I would have given up. If I had been told that university wasn’t for me, I think I might have believed them and doubted myself. If I was told that I wasn’t allowed to have textbooks, I would have taken that excuse and found something easier – but ultimately less worthwhile – to do. If I put myself in Agnes’ shoes I don’t think that I would measure up to her. That inspires me to think “What do other people doubt about me?” and then decide ‘I don’t care what they think – it’s time to prove them wrong. It’s time to see how far curiosity and determination can take me.’

Most importantly, and to finish this, I will take a sentence from an article that was written about Agnes by Andrea Sella in 2015:


Imagine what more Pockels might have achieved, given a chance to study and pursue a career of her own. And how many more minds have been lost to us altogether? To let even one in a hundred slip by seems a criminal waste.