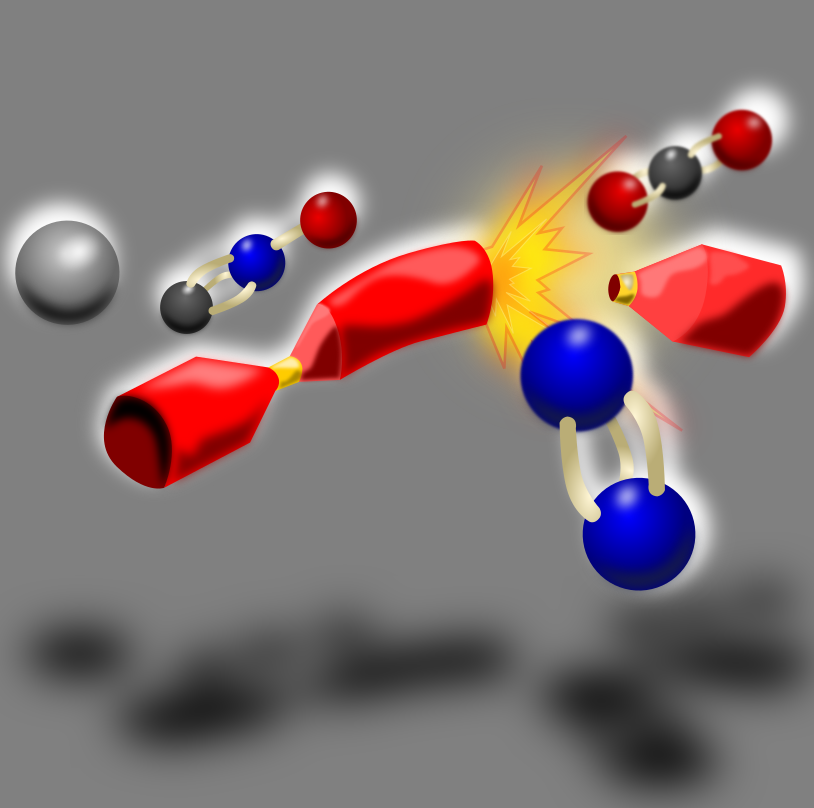 Molecule of the Month: Christmas Special

However However you choose to celebrate Christmas, there is no doubt that chemistry is fully involved. Crackers, good food, wine? Yes please!

For many of us, Christmas day begins with presents as we tear off wrapping paper. That paper is cellulose held together with a thin, sticky layer of polypropylene. The tree releases molecules of pinene, wafting through the air and filling your nostrils with the smell of pine. Christmas is filled with interesting chemicals!

Other aromas fill the air as the Maillard reaction between sugars and amino acids converts the pale, raw turkey into a golden brown delight! And then there is the Christmas pudding! Glowing with a blue aura, as the ethanol in brandy is set alight. Okay so there might be too many Christmas chemicals to choose from…

With so many different molecules and so much chemistry playing an important role in Christmas, how do we choose? Well, put simply, we don’t. This month, we are going to be looking at several molecules. Some directly involved in Christmas, others involved in our X-Peri-Mas chemical advent calendar. If you haven’t already seen this – and if, why not?! – then don’t worry, you can find them all here!

So get the mince pies ready. Put the fire on! Settle down to an extra special, festive extended edition of molecule of the month.

One of the most magical and exciting features of the Christmas period are the decorations. Twinkling lights, colourful displays of tinsel and the majesty of the Christmas tree. The most fun of all the decorations has to be the Christmas cracker. A mini tug-of-war, a bang, a boom and the reward of a toy, a hat and a very bad joke! But what causes a cracker to make a cracker noise? What is responsible for that pop, snap and crackle? It is time to meet our first bit of Christmas chemistry, the molecule silver fulminate.

Silver fulminate is a very small molecule consisting of single atoms of silver, carbon, nitrogen and oxygen. It is an explosive and very sensitive. In fact it so sensitive that even the smallest touch from something very light in weight is enough to make it explode. But hang on… something that explodes so easily does not sound like an ideal molecule for use around the dinner table by everyone from children to the elderly. Is it also possible to store something that could be so easily detonated?

If you have ever studied the wreckage of a used Christmas cracker, you may have noticed that running through the middle are two strips of cardboard connected together in the middle. One strip contains a rough feeling material. The other looks like a small bit of metal – this is the silver fuminate. When a cracker is pulled, the friction caused by the contact of the rough surface on the silver fuminate is all that is needed to start off some interesting chemical reactions that detonate and create the bang of a cracker. However, Christmas crackers contain a very small amount of silver fulminate. Nowhere near enough to blow up all the Christmas food and nowhere near enough silver to make you rich!

Away from Christmas crackers, silver fuminate is used in other novelty toys, but has very few other uses. Despite being explosive, its extreme sensitivity to, well, anything makes it pretty unreliable for large scale uses.

Both X-Peri-Mas #20 and #22 Christmas experiments involve something called bicarbonate of soda. This white powdery chemical has very little smell – it looks quite boring! Its hidden secret is what it can do to other foods though. This ingredient is not specifically related to Christmas, it will no doubt have been used in the many cakes and delicious food you will eat over the festive period.

Bicarbonate of soda, also known as baking soda, has the proper chemical name of sodium hydrogen carbonate. This compound is made from a positively charged sodium ion (an atom where electrons have been lost or gained) and a negatively charged bicarbonate group, containing one carbon, one hydrogen and three oxygens.

You may have come across bicarbonate of soda in the kitchen as it is often used in cooking, particularly when making breads and cakes. When mixed with something acidic, the reaction produces carbon dioxide, which helps to make food rise, ensuring bread and cakes are tall and light, instead of dense and small.

As well as reacting with acids, bicarbonate of soda also reacts with bases. The fancy science name for this property is amphoteric (am-foh-terrick). When dissolved in water, this molecule itself is very mildly basic, and is why one of its medical uses is as an antacid, a substance the helps to neutralise [1] stomach acid and help against indigestion, heartburn and upset tummies.

Research has also suggested that bicarbonate of soda may improve toothpastes and help whiten teeth and prevent cavities. It is already used in some mouthwashes.

So there you go, as your tucking into a tasty chunk of cake or a warm slice of bread, remember the important role that sodium hydrogen carbonate plays.

X-peri-mas #14 and #15 both require isopropyl alcohol, commonly known as rubbing alcohol. In chemistry terms, an alcohol is a molecule that contains an –OH group, an oxygen atom bonded to a hydrogen atom. The family of alcohols also includes ethanol, which is the main molecule found in the more familiar use of the word ‘alcohol’ including beer, wine and spirits. Testing some of those drinks is probably the most common Christmas chemical experiment!

Away from Christmas chemistry, isopropyl alcohol is produced on a very large scale. It has many, many uses in both industry and our homes. One of its main uses is as a hand sanitiser and disinfectant. This is where its common name of rubbing alcohol comes from. Here, the isopropyl alcohol is mixed with water to make a solution that can be used to clean hands or surfaces.

In addition to cleaning our hands and surfaces, this molecule is also important for the cleaning of glasses, optical disks and certain parts of electronic circuits.

Isopropyl alcohol is a popular solvent, capable of dissolving a wide variety of substances.  However, one thing which does not dissolve in this alcohol is DNA. This is why it was used in the Banana Code experiment is obtain the gloppy mess that was banana DNA! Find out more about that experiment here.

Even though isopropyl alcohol is called an alcohol, it is definitely not something you would want to drink! The molecule is poisonous and toxic! In fact, it has been suggested that its alternative name of rubbing alcohol, was to make sure people knew it was not for drinking, but to be used only on the surface of the skin.

Like most alcohols, isopropyl alcohol is flammable, as can be seen from the A Whoosh and A Cloud experiment. We can describe this molecule as being highly volatile. It rapidly changes from being a liquid to being a vapour (this means it exists as a gas at a temperature where it would normally be a solid or a liquid. Water vapour, for example, is formed at temperatures much lower than its boiling point). It is this vapour that ignites when a flame is held close to the opening of the bottle.

The volatility of isopropyl alcohol and change from a liquid to vapour removes a large amount of heat from the surroundings. This is why hand sanitisers often make your hands feel cool and quickly dries without you having to use a towel like you do when washing your hands with water.

Bangs! Whooshes! And Fizzes. The three molecules we have examined this month are responsible for each of these. They will each make an appearance this Christmas and New Year. Some make themselves known in a very obvious and loud way. The snap of a Christmas cracker caused by silver fuminate.

Bicarbonate of soda, however, is a much more quieter molecule, but essential in making sure all the cakes and bread you eat are fluffy, soft and have the sponge-like texture.

Finally isopropyl alcohol is a very versatile molecule. It can be used for serious research such as DNA extraction. It can create fun experiments such as the Whoosh Bottle and cloud formation. Its everyday use, however, is far more important in helping to protect us from all sorts of germs and other nasty microbes.

However you celebrate Christmas or the New Year, make sure it is a good one, but never stop wondering about all the wonderful chemistry going on and the molecules that make up our lives, and all the fascinating science that we use everyday. Don’t forget to try out some (or all) of the experiments on our X-peri-mas page and let us know how you get on!

See you all in 2020 for more science, experiments, monthly molecule insights and many more exciting features.

[1] Something is considered neutral if it is neither acidic or basic, and has a pH value of around 7. Pure water is considered to be neutral. Anything with a lower pH is acidic and with a higher pH is basic. Neutralisation is the reaction of an acid and base through which a solution becomes neutral. Therefore, a base is needed to neutralise an acid and vice-versa. BACK TO POST