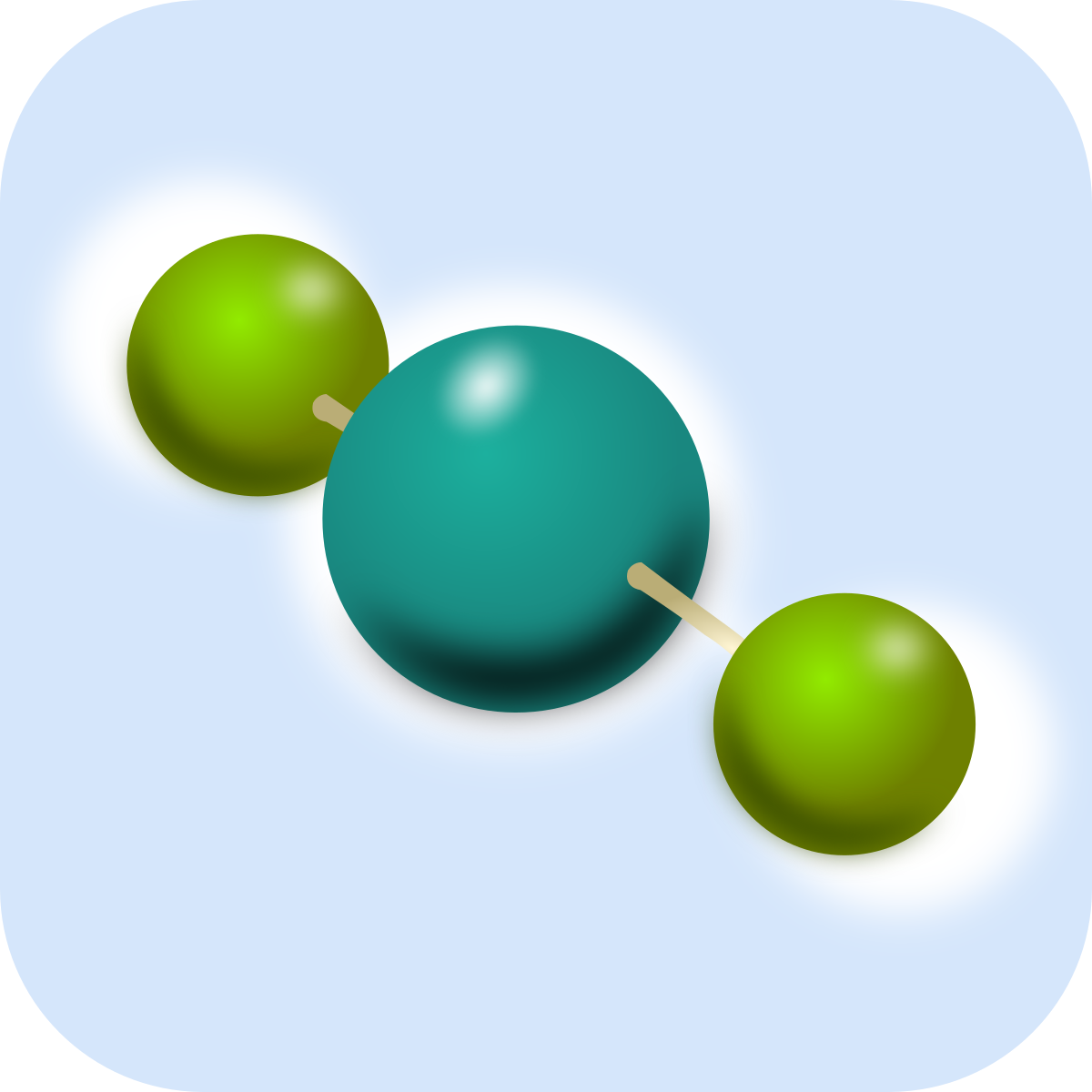 This month we’re going to talk about Xenon Difluoride. A molecule that will surprise those who know the usual patterns of what will bond with what. It’s an unusual molecule, indeed. But when it comes to science, there are a few important things to remember…

Take the noble gases for examples. These are a collection of elements found at the far right-hand side of the periodic table. These elements are helium, neon, argon, krypton, radon and oganesson.

Any chemistry student will tell you that the noble gases are famously unreactive. This is why they are also called the inert gases. We met some of the noble gases in our periodic table tour!

The lack of reactivity is because of how many electrons they have. Many chemical reactions occur because atoms or molecules can lose, gain or share electrons.

Many atoms gain or lose electrons so they have eight electrons in their valence shell. This is the outer most layer of electrons, and is usually involved in chemical reactions. The actual description and explanation is a lot more complicated, but is good enough for our purposes!

However, noble gases already have eight electrons in their valence shells. Because of this, they do not easily react.

For many years, scientists though the noble gases were so unreactive that they could not form compounds. But in 1962 the first xenon compound was made. Following this, many more xenon compounds were created.

One of the xenon compounds made in the 1960s was xenon difluoride, XeF2. Xenon difluoride is made by simply reacting xenon with fluorine.

Well, we say simply, the reaction needs lots of heat, lots of light or lots of electricity. Xenon difluoride can also be made by reacting xenon with dioxygen difluoride (O2F2) – another strange molecule!

Xenon difluoride is one of the most stable xenon compounds. Despite this, the bonds between the atoms of fluorine and xenon are weak (more on this later).

All thee atoms in xenon difluoride form a straight line, this gives the molecule a linear shape. Remember our “What Shape is A Molecule?” article for ‘Boom Advent’? It is a white solid that melts at 129 °C, and it dissolves in other fluorine containing compounds such as BrF5 and HF.

However, keep XeF2 away from water. Xenon difluoride decomposes when it react with water to produce nasty hydrogen fluoride gas!

It Still Has Some Uses

XeF2 is used as an etchant. An etchant is a substance that is able to selectively damange some materials but not others. For example, you could etch glass to leave behind a nice message because the etched surface would not be as brilliant and smooth as the original polished surface. In the case of XeF2, the surface of silicon and a few other materials used in semiconductors can be etched. A chemical etching process will typically only damage a few layers into the molecule – measured in tenths of a nanometre or Angstroms! One could never be precide etching a material mechanically.

One of the most important uses of xenon fluoride is as a fluorinating agent. This is a fancy word for a substance that is able to add fluorine atoms to other molecules. To understand why we might want to add a bunch of fluorine to another molecule we need to think about bond strengths.

A chemical that is held together with really weak bonds will fall apart easily. This might result in an explosion, or just an unstable molecule that turns into something else. If you buy a product, you want the best quality. If you buy oil for your car you want it to still be oil by the time you get home, and not have it decompose into some sticky useless goop. If you buy a nice smelly candle you don’t want to find out a week later that the molecules react with the air to make a chemical that smells foul! Being able to make stable molecules for products is hugely important. To do that we need strong bonds.

There are many molecules around us that are stable because of how strong their bonds are – Nitrogen gas (N2) makes up most of our atmosphere because to pull apart those triply bonded nitrogen atoms (N≡N) takes nearly 10 eV (electron Volts). You don’t need to necessarily know what that means, but just trust us that it’s a lot. This is so high because there are three bonds to break, so in a way we can think about each ‘bond’ in there being about 3 eV.

To pull an oxygen out of carbon dioxide (CO2) takes 5.5 eV which explains why it will be so hard for scientists to remove CO2 from the air to combat global warming! This is again because there are multiple bonds – two in this case – to break in the O=C=O molecule. Again, an approximation suggests that each of these ‘bonds’ in the double bond takes about 2.5 eV to break. Thinking about molecules with only single bonds, the most common molecule we all know of is H2O. It’s so stable that it covers most of our planet! Ripping apart water molecules takes 5.2 eV. These are incrediblty strong bonds.

If you wanted to make a product that would be so stable that no other molecules could interfere with it – get stuck onto the surface, let’s say… even if you heated up that product to hundreds of degrees with acids, bases, liquids, solids, salts, fats, oils, all sorts – you’d need one incredible bond to make the surface of that product stable enough to not be broken down. Frying pans have to put up with all of that without food residue getting stuck to them. What bond is strong enough to resist all this punishment? The carbon-fluorine bond!

Each C-F bond takes about 6 eV to break. That’s stronger than the single bonds of ultra-stable water. Stronger than the double bond of carbon dioxide in total. It’s super strong. By comparison – the XeF2 bond is only 2.8 eV! It’s no wonder this reaction can go ahead – turning such a weak bond into a strong one releases a lot of energy.

Making polymers that have lots of carbon-fluorine bonds makes them inert – they don’t react with other molecules. They won’t get stuff stuck to them or break down easily. Perfluorinated polymers make non-stick products. The most common is PTFE or polytetrafluoroethylene. These can be really useful in cooking items like frying pans! Unfortunately though the molecules can stick around for so long that they can cause damange in other applications – leading to them being carefully controlled now.

Having an easy way to add fluorines into molecules is big business, for exactly this reason, and that’s where our xenon difluoride comes in.

Author’s note: the most common method of fluorination in industry appears to be electrochemical fluorination rather than XeF2, but we still feel this is an interesting and relevant aside.

Science is still full of unknowns, and is constantly surprising us. Many years ago, the idea of noble gases forming compounds seemed very unlikely. But you should never underestimate science, and indeed many compounds of noble gases have been made.

This includes xenon difluoride, the simplest, and most stable compound of xenon and fluorine. Even though XeF2 was made just to show that it could be made, it does some uses.

If you need to add fluorine to a molecule, then reacting it with XeF2 is a good idea!

There are still many exciting discoveries left to be made! Some of these we have a good idea about how to do and what we are looking for. But others will suddenly appear to shock and fascinate us!

These are the best kind!