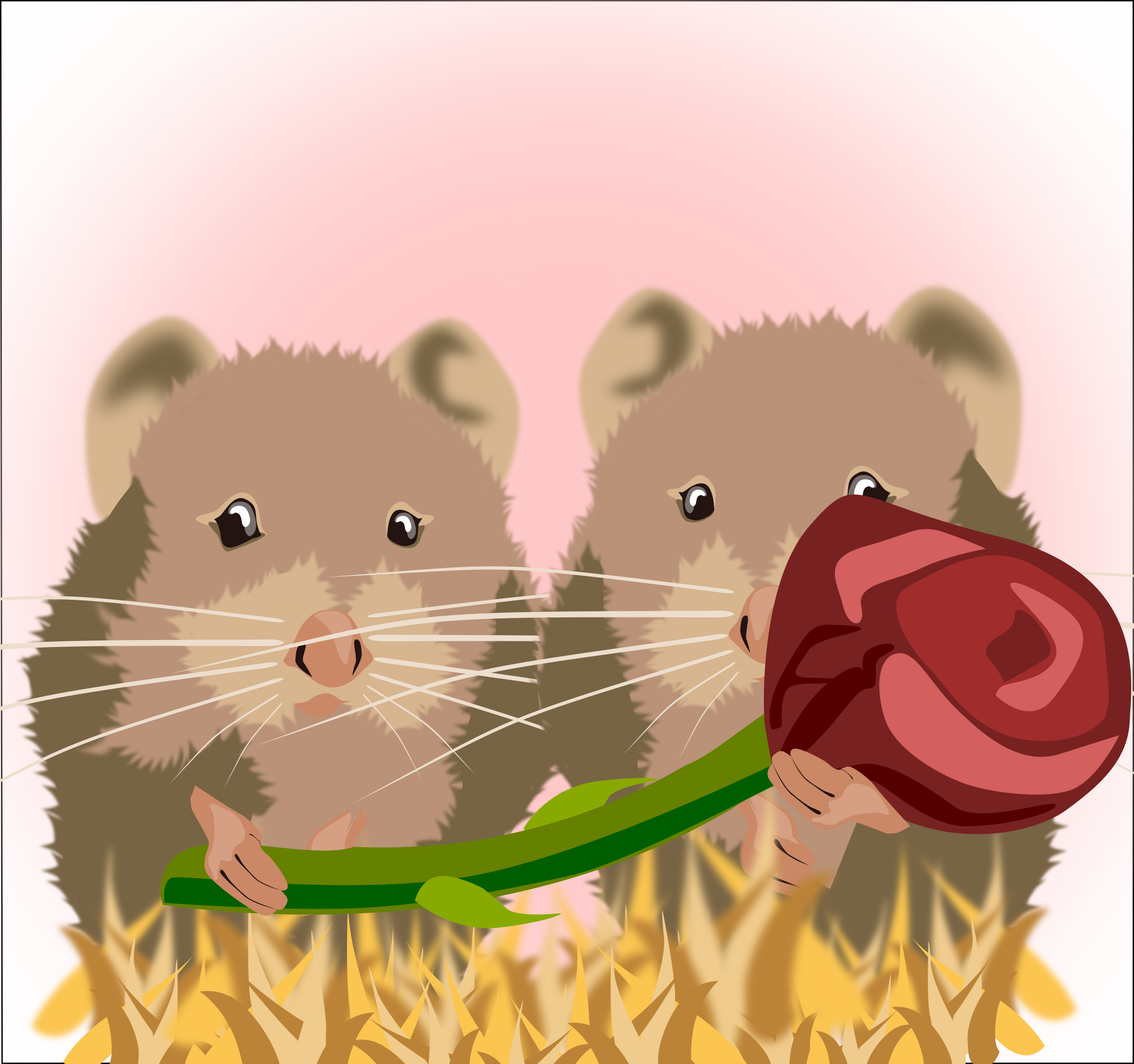 February’s Molecule of the Month

Can science explain everything? So many stories have love potions made with magic but if you wanted to make a chemical love potion you would need – oxytocin!

The Science of Love

There are many mysteries in our Universe that are yet to be solved.

These big questions that scientists of the past, present and future have and will obsess over.

However, there are other mysteries which science is only just beginning to explore. These are still deeply rooted in philosophy. Consciousness is one example. Science is slowly starting to understand how consciousness might form, the ideas of ego, inner-self and even the soul are still deeply held beliefs and explanations. Another of these mysteries is that of love. The concept “love” has been around for thousands of years and is the basis for many superstitions, folklore and beliefs.

For the Romans, love was distributed by Cupid, the God of desire, love, attraction and affection. Often portrayed as a chubby boy, Cupid was armed with a bow and arrow. Anyone struck by one of these arrows was said to be filled with uncontrollable desire. So Cupid had some kind of love potion – but was it magic or chemical?

Greek Mythology is filled with stories of love and many, many drugs, potions, chemicals and magic – here’s a presentation that covers it better than we can!

The Cupid quote is from Much Ado About Nothing.

Forward to the present day and anyone who has read and watched Harry Potter and the Half-Blood Prince will be well aware of love potions and the effect one has on poor Ron. But as the story cautions us, such a potion cannot create true love, only an intense obsession.  Love potions are nothing new and throughout history people have claimed to have made love potions or spells.

Before you panic that this month is going to be a mystical, magical discussion on what is love, then don’t worry, we have no intention of going down this deep and philosophical route. However, we can provide some chemical explanation for that feeling of love, romance or pleasure.

The chemical of choice for love potions- Oxytocin

If we were building a robot and wanted it to experience feelings of love and the warm feelings of social interaction, then we would definitely need to consider this month’s molecule; oxytocin.

But let’s be clear, it is a lot more complicated. Simply giving someone a vial of oxytocin to drink does not make a chemical love potion.

Oxytocin is a molecule known as a peptide hormone. A peptide is a chain small of molecules, known as amino acids, which are connected together with a special kind of chemical bond known as a peptide bond. Oxytocin is made up of 9 amino acids joined together, the structure of which is shown below. Its structure contains a type of bond commonly found in proteins called a disulfide bond. A disulfide bond is a connection between two atoms of sulfur. This bond is important for determining the shape of certain proteins.

All’s fair in love and hormones

As well as being a peptide, this molecule is also a hormone. These are molecules that act as messengers throughout our body – a kind of internal post system that delivers messages and signals to different parts of our bodies to get them to do something. This could affect your growth, mood, the way you energy from food (metabolism) and even your sleeping and waking cycle.

So does our body produce oxytocin as a chemical love potion?

As a hormone, oxytocin is produced in a small part of the brain known as the hypothalamus (hi-po-thal-a-muss) and released by a nearby gland called the pituitary (pit-chew-it-tree) gland.

What does oxytocin do for us?

This leads us to a very important and exciting question. If oxytocin is a hormone, and if hormones are chemical messengers that tell the body to react or control an important function, then what message does oxytocin deliver to our body? Well, the fact this molecule is sometimes known as the “love hormone” is a big clue! However, oxytocin has been found to significantly affect all aspects of our lives.

The amount of oxytocin in our bodies is usually higher for women than men. This is not surprising as the molecule plays a big part in pregnant women who are close to giving birth. It has been found that oxytocin is responsible for the contractions during the later stages of labour. In fact, the name oxytocin comes from the ancient Greek language and means “quick birth”. In addition, one of the medical uses of oxytocin is to help induce labour.

Oxytocin in the wild

The role oxytocin plays in social interactions is what has made the molecule popular amongst the general public. The connection between this molecule and love (or to keep in more scientific – social interactions) was noted in a study done during the 1990s. Research showed that prairie voles (a small rodent found in North America) mate for life with only one other vole! Scientists found higher levels of oxytocin compared with other species of vole who were happy to have lots of mates!

Further research has shown that positive social interactions such as cuddling or hugging raise the levels of oxytocin in our blood. This is also true when new born babies look into the eyes of their mothers and vice-versa. All of this helps the bonding process and feelings of care, warmth and love we have towards family and friends.

The relationship between levels of oxytocin and social interactions even extends to pets. Studies have shown that oxytocin levels also increase in both dogs and humans during petting and eye contact, strengthening the bond with man’s best friend. Despite this, we strongly recommend you don’t go around staring into the eyes of wild or unfamiliar pets – it could be seen as an act of aggression.

There’s more to life than love

Oxytocin is not all about happiness and positivity, and is widely believed to help manage fear and anxiety. One study found that oxytocin reduced fear, but also helped people to identify facial expressions of disgust. There is also evidence that oxytocin can make social memories more, well, memorable. However, this is not always a good thing especially as oxytocin seems better at making bad memories stronger. This can have a significant impact on stress levels, anxiety and depression.

What would our chemical love potion with oxytocin do then?

We said earlier that a vial of oxytocin does not make a love potion. It wouldn’t come from a dramatic, fizzing and seething cauldron surrounded by witches or cause a bubbling explosion like our fizz-powered rocket.

So what does happen when living organisms are given an increase in oxytocin? In one study, a group of men in faithful relationships were given some oxytocin through a nasal spray (basically up their nose!). When these men were introduced to attractive women, they increased the distance between themselves and the woman. It appears that the oxytocin caused an increased feeling of faithfulness. When nasal sprays of oxytocin were given to the fathers of young babies, the fathers were found to play more closely with their new born baby, again strengthening the bond between them.

To describe love as being purely chemical and related to one molecule called oxytocin is much too simple. There is no doubt love is much more complex involving our emotions, mental state and psychology. Even on a chemical level, oxytocin is not the only molecule connected to love and similar feelings.

However, what is certain is that the release of oxytocin during social interactions, mother and baby eye-contact and even petting dogs helps to increase and strengthen the bond felt between the two. Oxytocin is by no means unique to humans either. Dogs, voles and other animals also showing increased levels of oxytocin when in committed relationships or during strong social interactions.

There are no shortcuts to love.

However you choose to describe love and whatever you believe it to be, it is impossible to artificially create. No magic arrows, love potions or vials of our favourite chemical oxytocin are going to make people fall in love. Nevertheless, molecules can play with our feelings, emotions and psychology, and this is an important and exciting area of research.

As for our robot… it has unfortunately yet to find true love.