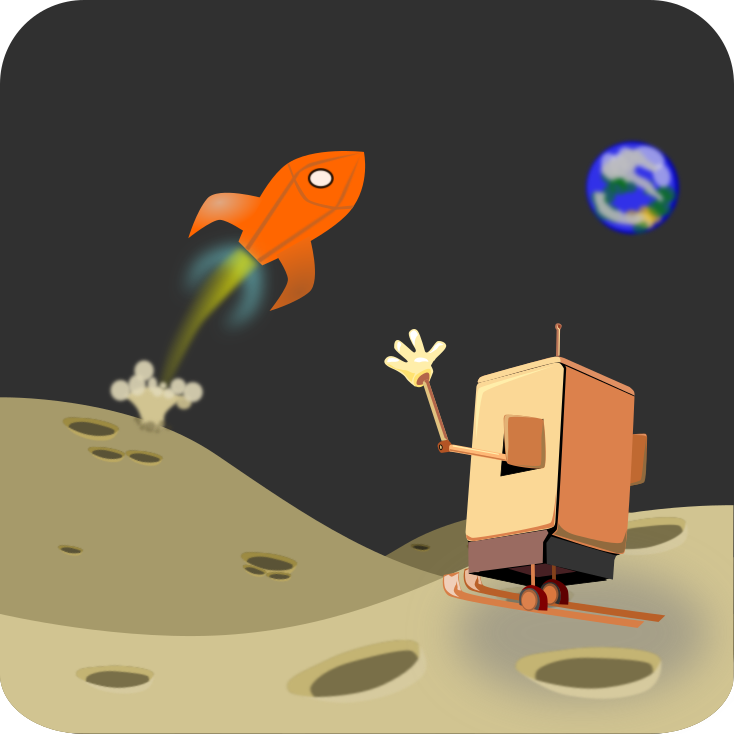 July’s Molecule of the Month

Ever sniffed a really smelly cheese and wondered what on Earth is going on there? Or maybe the smell is so out of this world it comes from somewhere else entirely! Does cheese come from outer space? Is the moon made of cheese? Marcus dives into the realms of all things stinky from socks to cheese with this month’s molecule and shows us that if the moon was made of cheese it would smell like isovaleric acid!

2019 marks two very important anniversaries with connections to the moon. The first celebrates 50 years since man first set foot on the moon and Neil Armstrong’s famous quote (or misquote).*

The other marks 20 years since the first Wallace & Gromit short film ‘A Grand Day Out’ had its premiere in Bristol. For those who are yet to see it, the cheese loving Wallace and his dog Gromit build a rocket and fly to the moon to sample its cheese.

Want to make your own rocket? Now you can with this guide.

The idea of the moon being made of cheese is a very old myth and has long fascinated children, but imagine what such a large amount of cheese would smell like. Enough to send any mouse mad! **

As we all know, cheese isn’t the only object that smells cheesy; smelly shoes or socks often reek with a strong, cheese like aroma. It is more than likely that the molecule responsible for this sweaty, cheesy, changing-room smell is isovaleric acid.

In the shock of the century, isovaleric acid is an acid. It is from a family a molecules called carboxylic acids, which includes ethanoic acid – more commonly known as vinegar. While it has the rather boring appearance of a colourless liquid, it packs quite a pong. Research has suggested it to have a flavour threshold of 1 mg/L. This means that if you were to put an amount of isovaleric acid a thousand times smaller than one gram into one litre of water you would still be able to taste it – not that it would taste very nice at all. Small amounts of it, however, can form when beer is made and is said to add flavour. Too much though and the beer is ruined, leading to some very upset adults!

Socks, armpits and other stinky sources…

In our bodies, isovaleric acid can be produced from an amino acid called leucine. This break down is done using special biological machines called enzymes that can chop and change larger molecules into smaller ones. Sometimes though new born babies can develop a condition where they are unable to break down isovaleric acid. This condition is called IVA (Isovaleric Acidaemia) and is caused by a missing or broken enzyme. High levels of isovaleric acid in the body can lead to serious problems, with one of the symptoms being a “sweaty-feet” smell.

It’s not just inside our body where isovaleric acid can be produced; bacteria can also do the same. The cheesy smell of feet can be blamed on the bacteria Staphylococcus epidermidis (said like staff-ah-la-cock-us ep-pee-duh-me-dis). These microscopic beings produce isovaleric acid from the leucine found in sweat. This is most likely why your feet, socks and even shoes often smell worse after a long walk or playing sport.

So no moon cheese but we still have isovaleric acid!

Whilst the moon may not be made out of cheese, there are still many different types which owe its taste and smell to isovaleric acid. These are usually hard cheeses like Swiss cheese, parmesan or good old cheddar. So next time someone’s shoes are stinking up a room or you’re grating Parmesan over your pasta, you can thank/blame that aroma on isovaleric acid.

* There has been a long debate whether Neil Armstrong said “That’s one small step for man, one giant leap for mankind”, or if instead he said, “small step for a man”. Despite Armstrong claiming to have said the second option and new technology supporting this, there is still much argument as to what the actual quote is. You can decide for yourself here.

Marcus has recently finished his Ph.D. in Theoretical Chemistry at the University of Birmingham studying the photo-chemistry of aromatic molecules and the green fluorescent protein.